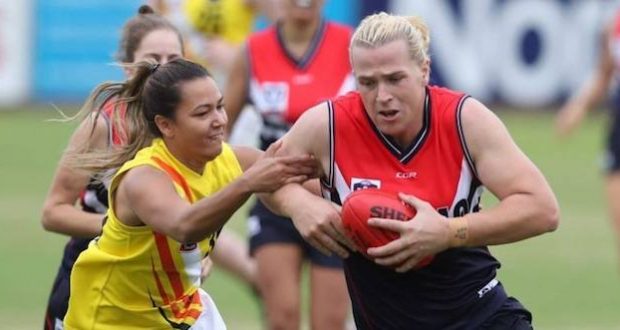 Biological males, allowed to play as transgender women in the United Kingdom, are ruining the amateur sport of rugby, according to women referees who are quitting the sport in droves. The referees say the biological males are injuring female players and refs are afraid of being sued.

The Sunday Times reports the referees started leaving the sport after the Rugby Football Union began enforcing the admittance of the biologically male athletes into female teams.

“Being forced to prioritize hurt feelings over broken bones exposes me to personal litigation from female players who have been damaged by players who are biologically male. This is driving female players and referees out of the game,” one anonymous referee told the newspaper.

The referees also said they were told not to challenge any bearded or heavily muscled players of any women’s team.

The sport does have a testosterone limit. However, referees are told not to check with the league, but to take the players at their word.

READ: How the move to allow transgender athletes is destroying women’s sports

“If you even ask the question, you are told you are a bigot,” another referee told the UK newspaper, stating that they had witnessed five different women’s players with beards over the course of half a season.

The BBC reports one biological male who plays on a women’s team after transitioning from male to female is hurting his own teammates. The team captain recalls one time when she folded an opponent “like a deckchair.”

The team’s coach even told the television network, “She’s going to be a good, good player for the next few years, as long as we can stop her injuring players in training.”

Ex-star summer on why she opposes transgenders competing against women:

As CBN News reported, the fairness issue when it comes to transgender athletes competing against biological females has come up several times in several sports venues over the last two years. In October 2018, a biological man who identifies as a female won a women’s world championship cycling event in California, sparking debate over how transgender athletes should be judged in sporting events.

In 2017, a boy who identifies as a girl won the girl’s 100-meter and 200-meter dashes in state championships in Connecticut. Earlier that same year, a 17-year-old transgender boy won the Texas state girls’ wrestling championship.

In June 2019, three female high school athletes filed a federal discrimination complaint against Connecticut’s policy regarding transgender athletes. The girls claim they were racing at a disadvantage against their transgender opponent, a male who identifies as a female, impacting the final results of the race.

Previous: Former NHL hockey star and husband of Carrie Underwood launched outdoor business to share his faith
Next: What are Enrolled Agents and how can they help you?