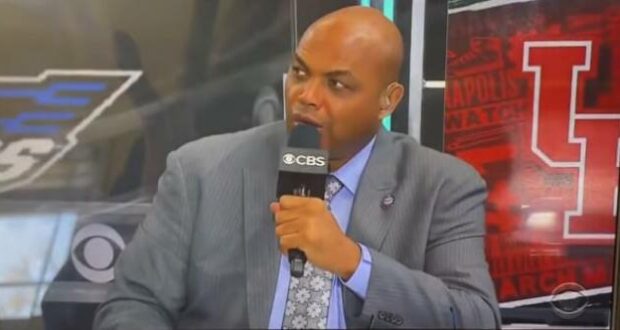 “Man, I think most white people and black people are great people,” Barkley said during CBS’ coverage of Saturday’s March Madness games, according to “The Daily Wire.” “I really believe that in my heart.”

Barkley continued to argue that the political system is set up to protect the power and wealth of those in government.

Barkley is no stranger to weighing in on current events and cracking the media narratives. From Breonna Taylor to actor Jessie Smollett, the basketball icon often speaks on current headlines.

“But I think our system is set up where our politicians, whether they’re Republicans or Democrats, are designed to make us not like each other, so they can keep their grasp on money and power,” he said. “They divide and conquer.”

Barkley said people are “stupid” to follow politicians who create issues in communities they don’t live in.

This isn’t the first time Barkley has made statement that counter the political agenda of sports leagues such as the NBA. In September 2020, Barkley “pushed back on a lot of the outrage that racial activists have been fomenting … over the death of Breonna Taylor, noting that the case, while tragic, did not belong in the same category as the death of George Floyd.

“It’s bad the young lady lost her life, but, you know, we do have to take into account that her boyfriend did shoot at the cops and shot a cop. So, like I said, even though I’m really sorry she lost her life, I don’t think that we can just say we can put this in the same situation with George Floyd and Ahmaud Arbery, I just don’t believe that.”

But the most famous moment may be his humiliation of disgraced Hollywood actor Jussie Smollett who faked an attack and blamed it on two MAGA hat-wearing white men. The attackers, who were both black, later admitted to police they had been paid by Smollett to purchase ropes and MAGA hats and hurl racial slurs while they hit Smollett. The actor then went home and called police, saying it was a racial attack.