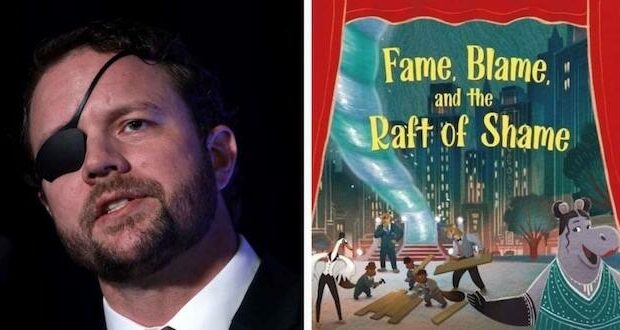 Rep. Dan Crenshaw of Texas is helping families get an early start on fighting cancel culture. “Fame, Blame and the Raft of Shame” is the fourth in a series of titles by conservative authors from Brave Books.

“You’ve got to reach all audiences,” Crenshaw, a Republican, said. “Parents are increasingly frustrated by their school’s curriculum. They can go find left-wing progressive and woke children’s books out there. It’s pretty hard to find exclusively conservative-themed children’s products.” 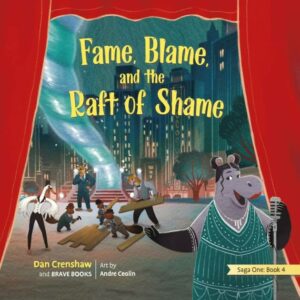 Brave Books seeks to be “a conservative alternative to the current cultural activism that our children are being taught in schools, in the entertainment they watch and the books they read,” according to its website.

“I think the way they do it is pretty cool, using a variety of different conservative authors who write about different themes within the same sort of universe,” Crenshaw said of their project.

READ: Cancel culture and how churches should respond

Although written for children and featuring various cartoon animal characters, the themes in Crenshaw’s book get to the heart of the culture wars.

“I think conservatives wrongly view cancel culture as a very simple question of either being able to say whatever you want or being silenced,” Crenshaw said. “It is not that simple. “And I wanted to craft this story that kind of exposes the nuance of what we mean by cancel culture.”

The story takes place in an underwater city protected by a dome of seaweed, which begins to crack as more characters are banished for various offenses and hurled through the dome on a “raft of shame.” Readers who are familiar with Crenshaw’s story will see parallels in what both the animals and the congressman have experienced. The congressman stressed the importance that faith plays in overcoming cancel culture.

“Faith is about grace, right?” Crenshaw said. “Showing grace even in the face of your enemies. That’s also the very clear message of forgiveness. And Christianity, of course, is linked with a sense of grace. So it’s easy to use the Bible, and I think necessary to use the Bible, as a way to guide sort of our moral actions and how we forge relationships with one another.”