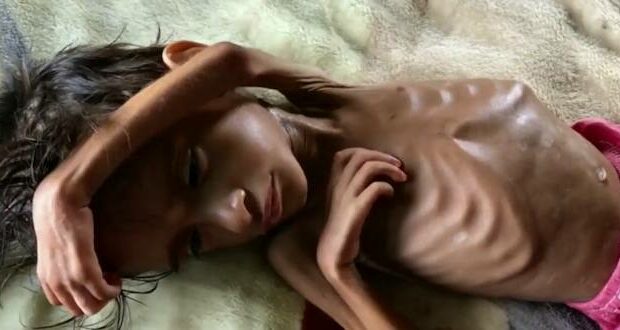 Seven million people across six countries in East Africa are on the brink of starvation. The disturbing news comes from numerous Christian agencies on the ground, including World Vision.

This figure is expected to grow as excessive rainy seasons and conflict plague the region. Additionally, as many as 26 million require urgent action to prevent them from sliding into the same acute situation.

The charity warns if the international community does not act now, thousands of children could face long-term health consequences or die.

READ: A billion are starving in India

“It’s heart-breaking that the lives of millions of children in East Africa are at risk due to a perfect storm of conflict, changing or unpredictable weather patterns, and the aftershocks of COVID-19,” said Edgar Sandoval Sr., president and CEO of World Vision U.S. “The long-term harm of malnutrition on children’s development hinders their ability to achieve their God-given potential.” 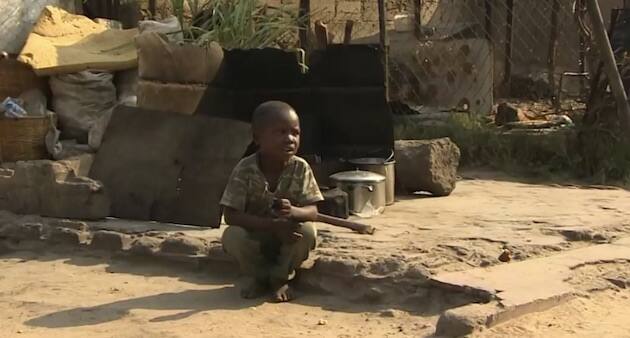 It is estimated that more than 108,000 people in East Africa are under catastrophic famine conditions, marked by critical acute malnutrition, starvation, destitution, and death, according to World Vision. 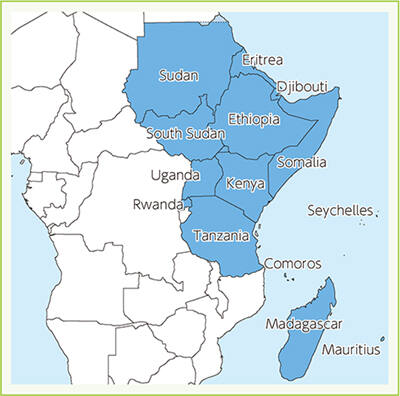 “We are marshaling resources to support vulnerable communities across East Africa, to avert the catastrophic effects of hunger, starvation, and loss of livelihoods. We are particularly concerned about the impact on children,” said Joseph Kamara, regional humanitarian and emergency affairs director for World Vision East Africa. “It is not too late to avert the crisis, but it will be soon, if we don’t act quickly and decisively.”

The East Africa region has endured substantial and widespread breeding of desert locusts since late 2019, resulting in loss of pasture and crops. During the second half of 2020, large-scale floods destroyed ready-to-harvest crops of more than four million people across the region. Furthermore, the region is gripped by protracted crises and fragility in several countries compounded by the new conflict in Tigray, Ethiopia, which has dramatically increased food insecurity.

The situation also increases risks faced by women and girls, including gender-based violence, sexual exploitation and abuse. The indirect impacts and aftershocks of COVID-19 also persist for children and their communities in the region, where there is a decline in income opportunities, lost livelihoods, diminished purchasing power, and limited access to basic food and services — all in contexts without welfare safety nets.

“A combination of hazards such as insufficient rainfall, desert locusts, the previous year’s floods that destroyed mature crops prior to the harvest plus the effects of COVID-19 have fermented this critical situation,” said Kamara. “The humanitarian response to each of these issues has been limited by insufficient funding due to competing humanitarian needs in other regions,” he added.

History of hunger and famine in Africa

A look back at some of Africa’s major food crises shows conditions still faced by many Africans today: poverty, drought, conflict, and environmental degradation due to overgrazing, deforestation, and other types of environmental damages.

1980 to 1981 — Drought and conflict led to widespread hunger in Uganda. 1984 to 1985 — Famine in Ethiopia: Drought in the northern highlands and problems delivering aid led to about 1 million deaths and massive displacements.

1998 to 2004 — During the Second Congo War, more than 3 million people died in the Democratic Republic of the Congo, mainly from starvation and disease.

2018 — Africa was home to more than half of the global total of acutely food-insecure people, estimated at 65 million people. East Africa had the highest number at 28.6 million, followed by Southern Africa at 23.3 million, and West Africa at 11.2 million. Emergency relief from the Trump administration averted disaster.

2019 — Food security is deteriorating and expected to worsen in some countries between October 2019 and January 2020.

2020 – Pandemic lockdowns, disruption of food sources causes hunger on a wide scale across the continent

World Vision has declared a multi-country emergency response for Ethiopia, Somalia, South Sudan, Sudan, Kenya, and Uganda. It aims to reach approximately 2.4 million people, including 490,000 children and needs $60 million to mobilize and extend its hunger crisis response. The organization is already responding with food distributions in multiple countries but current funding cuts and expected tightening of aid budgets are coming at the wrong time.

This challenging period also has long-term consequences and could erode human and economic development gains that have been made towards the global Sustainable Development Goals across the region.

“In the face of unprecedented global demands for humanitarian funding, crises in East Africa are receiving limited international attention, despite urgent and life-threatening needs,” said Kamara. “We appeal to national governments, regional institutions, humanitarian actors and donors to urgently address the hunger crisis in East Africa and more forcefully communicate its breadth and severity.”

Previous: See the powerful videos as Israel stops to remember the Holocaust
Next: ‘Roe v. Wade’ may be first film to accurately tell the history