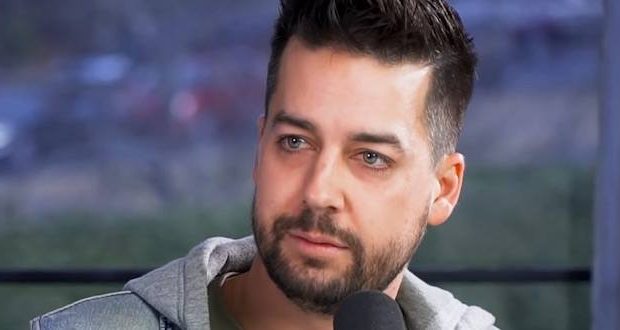 After sexual harassment allegations against Christian comedian John Crist, Netflix has pulled a stand-up special by the comedian.

Crist’s comedy often focuses on his faith and an often sarcastic, yet hilarious, critique of the foibles of Christian culture. As his popularity spread to the secular world, has shared the stage with the industry’s biggest names including comedians including Dave Chappelle, Jeff Foxworthy, and Trevor Noah. He has 2 million followers on Facebook and 1.2 million on Instagram, and more than 500,000 people subscribe to his YouTube channel, where his videos have garnered more than 100 million views bringing in millions in revenue for he comedian.

Christ’s Netlfix debut special, I Ain’t Prayin’ for That, had been scheduled to premiere on Thanksgiving. As of Thursday afternoon, however, the special’s title page has been removed, and a Netflix spokesperson confirmed to The Hollywood Reporter that the special is on hold.

Crist gained a large following (1.2 million Instagram followers, half a million YouTube subscribers) for stand-up comedy and videos poking gentle fun at Christian culture. Netflix’s press materials for the special describe him as “the son of a pastor and one of eight homeschooled children” and said I Ain’t Prayin’ for That would tackle “the weakness of millennial culture, how to be a ‘good’ Christian, dating in the modern era and more.”

Christian publication Charisma News on Wednesday published accounts from five women who accuse Crist of inappropriate conduct ranging from unwanted sexting to “offering show tickets in exchange for sexual favors” and, according to one woman, grabbing her and trying to kiss her while propositioning her for sex.

One of the accounts is from a young female reporter who says that when interviewing Crist, he invited her to meet at a later time where he gave her al alcohol-infused drink, and when she became drunk, made sexual moves against her.

Crist has canceled tour dates for the remainder of the year and said in a statement to Charisma News that he’s focusing on “getting healthy spiritually, mentally and physically.”

“Over the past number of years, various women have accused me of behavior that has been hurtful to them. While I am not guilty of everything I’ve been accused of, I confess to being guilty of this — I have treated relationships with women far too casually, in some cases even recklessly,” Crist said in a statement to the publication.

Crist added, “My behavior has been destructive and sinful. I’ve sinned against God, against women and the people who I love the most. I have violated my own Christian beliefs, convictions and values, and have hurt many people in the process. I am sorry for the hurt and pain I have caused these women and will continue to seek their forgiveness. I have also hurt the name of Jesus and have sought His forgiveness.”