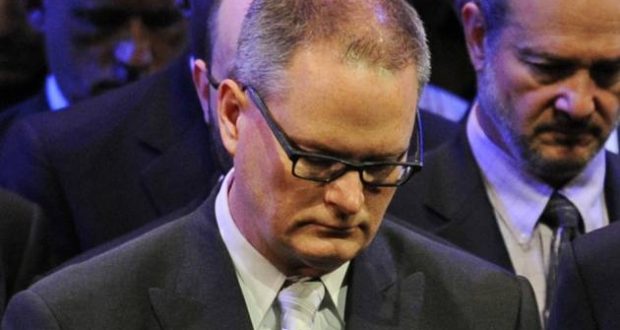 Adam Hamilton, pastor of the UMC's Church of the Resurrection.

Why Adam Hamilton is wrong about scripture and the UMC

The foundation of Christianity has been a belief in the authority of Scripture and the infallibility of God’s Word, the Bible. Conservative Christians believe that the holy scriptures−in their original form−are inerrant or without error.

They also believe that Scripture is God-breathed because He inspired its writers under the inspiration of the Holy Spirit. As such, the Bible is the ultimate authority for life, faith and practice (2 Timothy 3:16-17; 2 Peter 1:20-21). Against that backdrop of the historic Christian faith for two thousand years, Pastor Adam Hamilton has come on the scene comparatively recently.

It also matters because last week Hamilton said he might lead his congregation out of the United Methodist Church (UMC). Many other UMC churches that look to him and COR for leadership may follow. The reason for Hamilton’s threat to divorce himself from the UMC is the denomination’s continued refusal to sanction same-sex marriage ceremonies and ordination for self-avowed, practicing homosexuals as UMC ministers.

As founding pastor of COR, Hamilton has shepherded his church to be a welcoming faith community for LGBTQ persons and their families. For that, he should be commended. But most pastors and priests also welcome people of all backgrounds into their churches, regardless of sexual identification and practice or gender identity.

Where Hamilton appears to depart from the inerrancy and authority of Scripture and the historic Christian faith seems to be a case of situational ethics and moral relativism. In social media updates before and after last week’s Special General Conference of the UMC in St. Louis, Hamilton made some dubious arguments.

In one presentation, he cited polling on America’s changing views on gay marriage. In another he wrote that “seventy-five percent of millennials support same-sex marriage.”

The response should be: Did God and His Word change on the subject of homosexual activity? Should we as Christians conform ourselves and churches to culture or obedience to God and His Word? (Romans 12:1-2; 2 Corinthians 10:5).

For Christians who believe in the authority of Scripture, Genesis 19; Leviticus 18:22 and 20:23, I Corinthians 6:9-10; I Timothy 1:10; Romans 1:26-27 and Jude 1:7 are clear. That doesn’t mean we should not compassionately welcome members of the LGBTQ community into our churches.

Are we to base biblical teaching and expression of the historic Christian faith on opinion polls? Liberalism is increasingly intolerant of, and hostile to, Christianity. It dominates the public higher education system and the mainstream media.

Christians are increasingly called intolerant and hateful bigots when, in truth, they are actually the targets of such intolerance. Hamilton is arguably fueling anti-Christian bigotry, intolerance and hatred from the left toward Bible-based Christians who take a biblical and traditional stand consistent with the historic Christian faith.

Why should welcoming LBGTQ persons into church, while keeping a biblical standard on same-sex marriage and gay clergy, be considered mutually exclusive? In historic context, the Episcopal Church, Presbyterian Church U.S.A. and Evangelical Lutheran Church of America changed their position only recently. They now allow same-sex weddings and gay clergy. The vast majority of protestant denominations and Catholic churches do not.

Hamilton seems to be in damage control as if frantically spinning the story to keep membership up and tithes and offerings flowing. “I need your help, not your departure,” he wrote.

He has a multi-million-dollar budget and a $100 million plus campus to keep afloat. 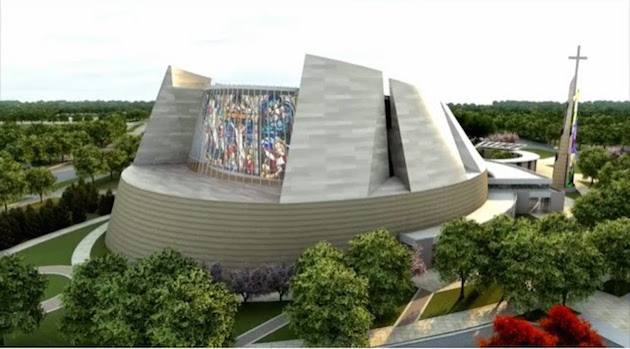 In criticizing the UMC’s decision, he claimed 66% of UMC church leaders in America agree with him and that US-based UMC churches provide 70% of UMC funding worldwide. That sounded like a dog whistle for secession. It also seemed to be a jab at his more conservative American colleagues and international delegates, especially from Africa, who voted against his position.

While Hamilton did express hope of remaining in the UMC, he also wrote, “I’ve never seriously thought of leaving the UMC, until now.” His not-so-veiled threat to leave the UMC and take other churches with him would not be tolerated in other denominations. Many would consider it a rebellious lack of submission to governing authority, slanderous and divisive toward the UMC.

In some churches and based on biblical principles, Hamilton’s words and actions would be considered grounds for expulsion, based on being divisive (Titus 3:10-11). His behavior makes him look like what many leaders in professional circles would call a “loose cannon.”

Leading by emotion is a slippery slope. He titled his March 1 blog entry, “A Way Backwards: Winning the Battle, Losing the Church.” He may win a minority portion of his congregation that is statistically minute, yet is a very important and valued demographic. He could lose his church in the process.

We would encourage more tact, diplomacy and balance in how this situation is handled, respectful of and reflective of all sides on this biblical issue. It not only affects his church, but the entire UMC, which is the second largest denomination in the United States. It is also a volatile national conversation.

Hamilton’s defense of LGBTQ members of his congregation who equally deserve pastoral care, love and compassion is commendable. At the same time, a radical and militant segment of the LGBTQ movement seeks to impose their agenda in all churches and every other segment of culture.

While culture changes, “Jesus Christ is the same yesterday, today and forever” (Hebrews 13:8).

That is a basic Sunday school lesson Adam Hamilton needs to re-learn.

–The editorial board of the Metro Voice Newspaper