Church is hard work, not a private jet

We don’t like inconvenience, do we? Let’s face it–if you had a choice of an easy path or a rocky one, which would you take? Many would choose the path of least resistance. Steady climb to the top in your work. Little if any conflicts along the way. It would be nice to arrange our lives in a way that our surroundings make our life more comfortable, not hard.

Likewise, wouldn’t it be great if being a part of a church required little effort, like flying the friendly skies? Some people seem to think so. A recent headline told how one TV preacher was believing God for a Falcon 7X private jet that can travel 6,000 miles before needing to be refueled. The cost? $54 million. 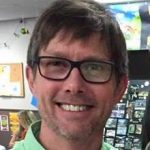 Makes sense, doesn’t it? Fly further without as many inconvenient stops. And only travel with who you want.

We might like that with church too. Don’t be asked for much. Drop in when it fits the schedule. Send in a few dollars and let God return the favor through increased convenience in life.

Imagine the Apostle Paul’s reaction to this approach to ministry. Paul believed in spreading the gospel too, but for him it entailed hard work. In one word he would sum it up with “striving.”

“We proclaim him, warning and teaching everyone with all wisdom, so that we may present everyone mature in Christ. I labor for this, striving with his strength that works powerfully in me.”

To do what Paul was called to do was hard. In Rome you can visit the Mamertime Prison where Paul and Peter may have been detained before their executions. It is dank, dark and described by the ancient historian Sallust as: “disgusting and vile by reason of the filth, the darkness and the stench.”

There is an upper level and a lower level that was 6.5 feet high, 30 feet long and 22 feet wide. Prisoners were lowered through a hole in the floor of the top level to the lower one.

Prisoners would not be kept here for a long time but would see it as a last stop on the way to execution. Paul was later beheaded and a church now sits on the location where his beheading took place.

Paul went through this so that he could present the church as mature. Did you know that is the goal of the church’s ministry? That you and I become mature in Christ?

The word “mature” is sometimes translated “complete” or “perfect.” But what it means is that we are transformed into the likeness of Jesus.

How much thought have you given to this idea? Did you know that the main work God wants to do in your life and mine is to transform us more into the likeness of his Son?

Look back over the past five or 10 years you’ve been a part of a church. Can you see a change taking place in your own life?

If not, it could be that there has been little struggle.

Think about it. When have you learned the most in life? When have you had to grow — intellectually, physically, emotionally — or just grow up? Usually when asked, people will recall a time that was difficult. A time that was hard. A season when they struggled in some way.

The same is true in the spiritual life. Struggle and being stretched is the only way to grow more and more into a mature person in Christ. That is the aim. That is why Paul is struggling. It was not so that he would sell books or be on television or have a worldwide ministry and a jet. He is struggling to present everyone mature in Christ.

Church is hard work. And getting the gospel to others is hard work. Ninety-six percent of all growth in established churches and church plants in America comes from transfer growth. That’s not hard work. That’s just us swapping church members. That is just setting up something that “sounds reasonable” or offers a more “ecstatic or exciting worship” or another set of rules and regulations that make people feel as if they have found something that others have yet to get clued in on. That happened in Colossae and it happens today.

But getting the gospel to the four percent that few of us are getting to? That’s hard work. And like Paul, it will take some suffering to get it there. Reprioritizing our lives so we can be taught. Getting outside of our comfort zones. Spending time with people who think differently than us and learning to listen deeply.

And giving up the idea that church is an easy ride in a Falcon 7X. When we do, we might grow up. And we might get the gospel to the people who need it most. Even if we have to make an extra stop or two along the way.

Previous: Moving on: Dealing with disappointment
Next: Rascal Flatts members talk about raising kids in the faith