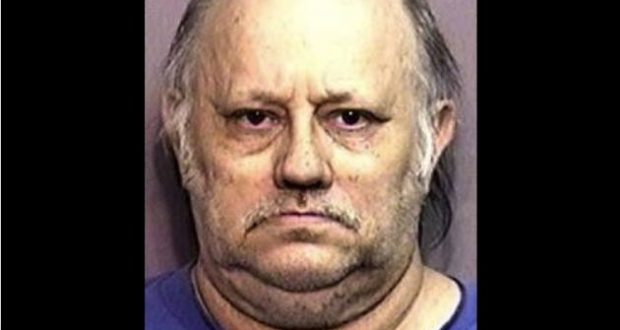 A Central Missouri film producer has produced a documentary that is shaking the public’s confidence in the Columbia, Mo. police department after allegations they protected a sex trafficking ring.

Citizens for Justice, which describes itself as an accountability organization dealing with police actions, has uncovered evidence that Columbia police ignored a human trafficking operation for more than 20 years in order to protect a confidential informant assisting them in the War on Drugs.

The Columbia Daily Tribune reports that Filmmaker Matt Akins and the group have produced a number of documentaries on law enforcement and civil rights issues over the years. In its latest project, titled “Police Protected Pimp,” Citizens for Justice take on one of the city’s most infamous sex traffickers, Barry Manthe, and presents a damming case that for almost three decades he eluded prosecution because of his relationship with Columbia police.

“The focus of the series is to expose the longstanding relationship between Barry Manthe and the Columbia Missouri Police Department, a relationship that allowed Barry to openly operate a drug-fueled human trafficking operation in exchange for the information he provided on fellow criminals in the Columbia underworld,” Akins said.

Columbia police did not respond to questions related to Manthe based on the documentary.

The documentary is available for viewing on the Citizens for Justice YouTube channel and features years of case records, as well as interviews with former sex workers, private investigators and police. Akins said he hopes it will draw public attention to larger problems of accountability in the department, whose actions or lack thereof in regards to Manthe he describes as “deplorable.”

“The actions that these ‘public servants’ took in protecting Barry Manthe’s grotesque human trafficking operation are deplorable,” Akins said. “The fact that it was allowed to continue for three decades, while collecting hundreds of police reports, demonstrates the problem is systemic, and not isolated to a few rogue officers.”

Akins says evidence shows that when some individual officers tried to inform their supervisors of what was happening at Manthe’s brothels over the years, their efforts, for reasons known only to police, were disregarded.

“Upstanding police officers like Keisha Edwards, detective Michael Himmel and Candy Cornman spent time, energy, and resources building compelling cases against Barry, only to have their reports proverbially thrown in the trash,” Akins said. “The department’s reaction to these officers’ efforts shows that, as a whole, this agency has abandoned their commitment to upholding the rule of law.”

The documentary, Akins said, also gives the sex workers of Manthe’s brothel a chance to tell their stories for the first time.

“Above all else, it tells the stories of women who had their lives ruined as the result of being trapped as sex slaves, while the people appointed to protect and serve them stood idly by,” Akins said. “The women who put their lives and reputations on the line to expose Barry and his relationship with the Columbia Police Department are owed an immense amount of respect and appreciation for the brave stance they’re taking.”

Wyse represented Kenneth Jones in a separate criminal case — Jones in December was sentenced to 15 years in federal prison for sex trafficking of a minor in connection with Manthe’s operation on Vandiver Drive — and as he began investigating, he found inconsistencies in officer depositions when the subject of Manthe came up.

Previous: Media freak out over Trump’s menu for Clemson visit, players have a different opinion
Next: Poll: Majority of voters agree with Trump, call porous border a ‘crisis’