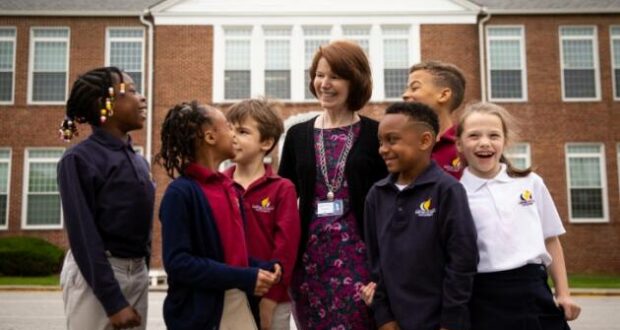 A federal district court ruled Friday that Maryland officials violated the First Amendment rights of a church-run grade school. The state had revoked the school’s eligibility to participate in a voucher program to benefit low-income students based on the school’s religious beliefs on marriage and sexuality.

“The government may not discriminate against religious schools simply because it dislikes their religious beliefs,” said ADF Senior Counsel Ryan Tucker, director of the ADF Center for Christian Ministries. “This Christian grade school offers an academically rigorous and caring education in a diverse environment, but Maryland has refused to play by its own rules, expelled the school from a government program without just cause, and demanded the repayment of over $102,000—money that empowered the education of low-income students,” Tucker says.

The ADF says the court is stopping the state from targeting and denying children scholarships simply based on the beliefs and policies set out in their school’s parent-student handbook.

The school offers a faith-based education to hundreds of students in the Baltimore metro area, including students from over 40 different nations, children who recently immigrated to the United States, and families with different or no religious affiliations.

While many students receive some financial aid, some families were only able to afford sending their children to the school because it participated in Maryland’s Broadening Options and Opportunities for Students Today school voucher program. In August 2018, just weeks before the school year started, Maryland officials abruptly notified families that they could no longer use their BOOST vouchers to educate their children at the school.

Maryland law forbids participating BOOST schools from discriminating in admissions on the basis of sexual orientation, among other things. When the church-run school applied to participate in the program, school officials truthfully stated that the school does not exclude students because of their sexual orientation.

Sometime prior to the 2017-18 school year, the Maryland Department of Education started reviewing the websites of participating religious schools and demanding that those schools send in their student handbooks. MSDE subsequently disqualified the school from participating in the BOOST program after reading the school’s Christian beliefs about marriage and sexuality.

As the U.S. District Court for the District of Maryland, Northern Division, wrote in its opinion in Bethel Ministries v. Salmon, “Bethel was not excluded from the BOOST program because it rejected any applicant on the basis of sexual orientation; or because it disciplined or expelled any student on that basis; or because it engaged in any other discriminatory conduct or behaved any differently than any other BOOST-participating school. Instead, Bethel was expelled from the program because it refused to change the admissions policy section of its handbook to reflect the views that the government wanted it to express. Put simply, Defendants did not demand that Bethel act differently to remain BOOST-eligible, they demanded that Bethel speak differently.”

Previous: Bones of Missouri state dinosaur discovered in southeastern part of state
Next: 100 may be dead after overnight storms across Midwest, South