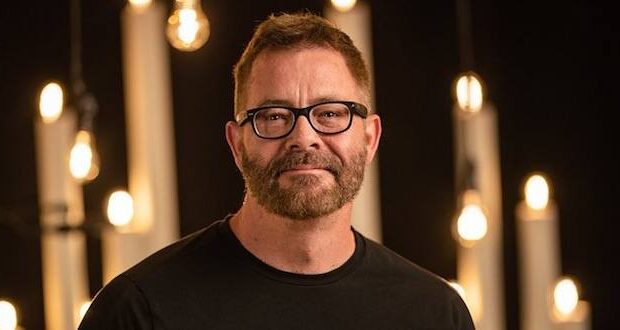 The death of Darrin Patrick, pastor of Seacoast Church in Pacific, Mo., has officially been ruled a suicide.

Patrick died May 7 from a gunshot wound. According to Franklin County Sheriff’s Department, the autopsy report released Thursday indicates that a bullet fired from a rifle at close range under the chin was the cause of death, the St. Louis Post-Dispatch reported.

He was a teaching pastor at Seacoast Church, a multisite megachurch based in Mount Pleasant, S.C., and the founding pastor of the Journey Church in St. Louis, where he lived. Seacoast Church announced in a May 8 statement that Patrick had died of what appeared to be a “self-inflicted gunshot wound.”

Patrick, who was known for helping people grow and overcome adversity, was remembered as being passionate about the Lord. He had been a rising star in Reformed evangelical circles and served as vice president of the Acts 29 church planting network. He was later fired from Journey for what church elders called misconduct, including “inappropriate meetings, conversations and phone calls with two women” and an abuse of power.

READ: Pastor suicides a reminder of unique stress they face

Patrick received counseling and went through a restoration process that lasted 26 months, according to a 2019 blog interview. He returned to the ministry as a preacher but not as a senior pastor of a church.

“You generally don’t see guys bounce back,” said Robby Gallaty, pastor of Long Hollow Baptist, in Hendersonville, Tenn., who was a friend of Patrick. Gallaty said pastors are great at helping other people but often don’t know what to do when they themselves struggle. They try to keep up appearances, he said, and try to handle their struggles on their own.

Patrick’s death follows a number of high-profile suicides among pastors, including two from California. Jarrid Wilson, a 30-year-old pastor at megachurch Harvest Christian Fellowship in Riverside, died by suicide in September 2019, and 30-year-old Andrew Stoecklein, a pastor at Indian Hills Church in Chino, in August 2018. They both preached about depression and mental health

Patrick is survived by his wife Amie and four children: Glory, Grace, Drew and Delainey.