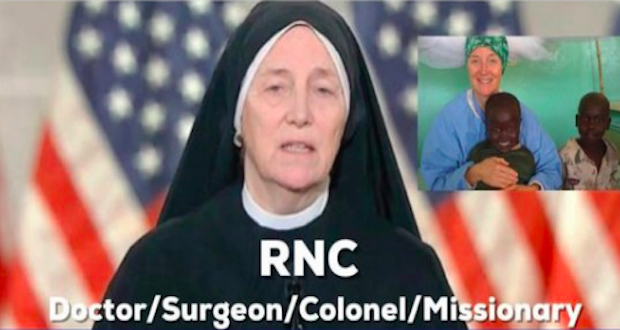 Protestant and Catholic leaders are unifying their message to Christian voters for the upcoming election. “Embrace the Gospel of Life,” Archbishop Samuel Aquila is urging Americans. He made the comments after the sharp contrast on life was displayed between the Democrat and Republican conventions. The Democrat convention called for unrestricted abortions, including at taxpayer expense.

Aquila has been advocating for the rights and protections of unborn babies for years as the archbishop of Denver, Colorado,. In the past he has stated that Catholics, in good conscience, “cannot support candidates who will advance abortions.”

On Friday, Aquila posted a meme on Twitter that compared two Catholic speakers featured at the parties’ conventions earlier this month.

This is about Catholic teaching, the seriousness of abortion, & never to be dismissive or flippant with so serious a matter. Catholic public persons & every Catholic has the responsibility to be faithful to the Gospel of Life. https://t.co/1CNm7KeQhO

“A tale of two nuns. One follows church teaching, one does not. RNC Sister Diedre [Byrne]: As a physician I can unequivocally say life begins at conception. DNC Sister Simone [Campbell]: Abortion is above my pay grade,” the meme stated.

Emphasizing the importance of protecting unborn babies, Aquila said the meme speaks for itself. He also prayed, “Lord, help us embrace the Gospel of Life!”

Sister Dierdre Byrne: "Donald Trump is the most pro-life President that this nation has ever had, defending life at all stages." #RNC2020 pic.twitter.com/aQLCTPMvTP

“This is about Catholic teaching, the seriousness of abortion, & never to be dismissive or flippant with so serious a matter,” Aquila continued. “Catholic public persons & every Catholic has the responsibility to be faithful to the Gospel of Life.”

The Catholic Church teaches that every human life is valuable, from conception to natural death, and abortion is evil because it kills a unique, living child inside its mother’s womb.

READ: Biden denied communion over his support for abortion

Abortions destroy the lives of nearly 1 million unborn babies every year, and the two major political parties’ views on the matter could not be more opposite.

The Democratic Party supports abortions without restriction and wants to force taxpayers to pay for them. Its presidential candidate, Joe Biden, touts himself as a devout Catholic, but he has abandoned his faith’s teaching on the matter and become even more pro-abortion during his presidential run. He’s even been denied communion over his stance on abortion.

The Democratic National Convention invited Campbell, a liberal Catholic nun, to speak. While she did talk about ending “structural racism, bigotry and sexism so rife now in our nation and in our history,” she did not include unborn babies in her advocacy for the vulnerable. When recently asked about her stance on abortion, Campbell said the issue is “above my pay grade.”

In contrast, the Republican Party recognizes that life begins at conception and supports protecting unborn babies’ lives. President Donald Trump has taken numerous actions to protect unborn babies and the pro-life advocates who are working to save them.

In her speech, the pro-life nun described unborn babies as “the largest marginalized group in the world” because of abortion.

“We must fight against a legislative agenda that supports and even celebrates destroying life in the womb,” Byrne said. “Keep in mind, the laws we create define how we see our humanity. We must ask ourselves: What we are saying when we go into a womb and snuff out an innocent, powerless, voiceless life?”