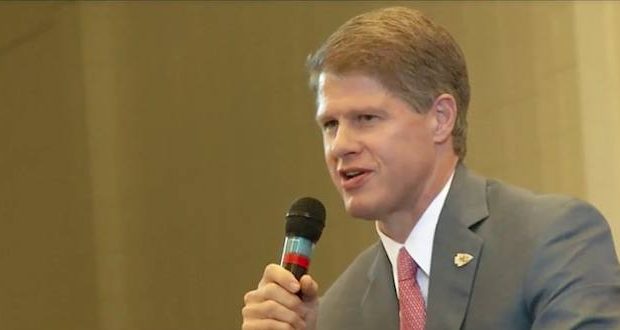 As the NFL season approaches, Clark Hunt, CEO and president of the Kansas City Chiefs, is faced with more than just football decisions, “USA Today” reported.

“Going back to the beginning of summer, we’ve had a lot of conversations with the leadership group on the team related to the social justice issues,” Hunt told reporters. “It’s not something that’s new to the Kansas City Chiefs. Really going all the way back to the 1960s and 1970s. My dad [Lamar Hunt] really encouraged the players to get out there and use their platform to make a difference in the community. A lot of those efforts over the decades have been focused on things that benefit the minority communities, and we’re certainly more focused on that than ever.”

Hunt has taken cues from the team leaders, those who’ve been out doing work in the local community.

“What I’ve really appreciated the last couple of years is how engaged the leaders on our team are, and I’ll just take Patrick (Mahomes) and Tyrann (Mathieu) as examples, that they’re very engaged, they want to make a difference, they want to do things that are going to make our country better, things that are going to help us get along as a country.”

Perhaps the greatest legacy that Lamar left behind is how he treated people with dignity. Within the context of what’s going on today, Clark is reminding people of that and how important their decisions are.

“My dad set a great example for me and my siblings on a lot of issues,” he said. “And probably his greatest strength was how he treated people. He didn’t care where you came from, what your background was, what your race was, he treated everybody he met with respect and appreciation. That’s been a lesson that we’ve all learned, and just bring it forward to what’s going on with racial equality and social injustice. I think Andy (Reid) probably said it as well as anyone — we just need to love our neighbor. And if we all do that, this world is going to be a whole lot better place.”

One of the decisions Hunt is pondering is using Arrowhead Stadium as a polling site.

“You referenced Arrowhead being a polling station,” Hunt responded to a reporter. “That’s one of their big issues, is voter registration and getting people out to vote. We’ve worked with them and we’re working with some organizations here locally to try to encourage people to get out to vote. We’ve made an effort to get all of our players registered to vote here. The icing on the cake would be if we could have Arrowhead be a polling station. We don’t know if that’s going to work out, but we’ve had some really good dialogue at some of the highest levels with the state and we hope it does.”