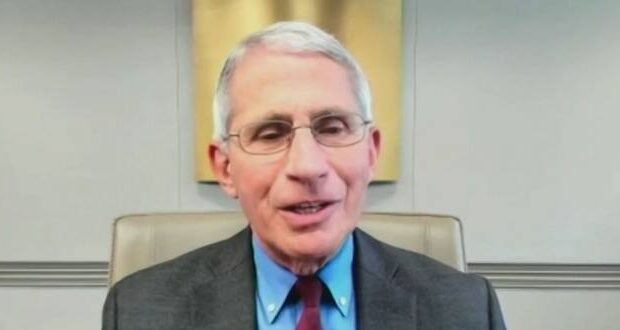 Dr. Fauci will get largest government pension in U.S. history

A startling new report shows Dr. Anthony Fauci is set to receive the highest government pension in United States history. He’ll receive more than the president, more than the greatest military leaders, more than not just one, but several Supreme Court justices…combined.

The calculations were made after OpenTheBooks.com obtained government data using a Freedom of Information Act (FOIA) request filed in November with the U.S. Office of Personnel Management (OPM), which administers CSRS and other federal pension programs.

The controversial head of the National Institute of Allergies and Infectious Diseases, Fauci has been on the government payroll for 55 years in various capacities and the report has many raising their eyebrows.

“Our auditors at OpenTheBooks.com estimate Dr. Fauci’s annual retirement would exceed $350,000. Thereafter, his pension and benefits would continue to increase through annual cost-of-living adjustments. Fauci has 55 years of service as a federal employee,” reports Adam Andrzejewski, founder and president of the Illinois-based foundation that boasts of posting “every dime in real time” of government spending at all levels in the United States.

Fauci’s career began at the National Institutes for Health in 1966, as part of an intramural research program known as the Yellow Berets. Then, after serving 18 months  as Chief Resident at the New York Hospital Cornell Medical Center, Fauci went back to  NIH as a top investigator. In 1984, Fauci was named director of the NIAID, his present job. The NIAID is part of NIH.

“For the second year in a row, Fauci was the most highly compensated federal employee and out earned the president, four star generals, and roughly 4.3 million of his colleagues. As director of the National Institute of Allergy and Infectious Diseases (NIAID), Fauci earned $434,312 in 2020, the latest year available, up from $417,608 in 2019,” Andrzejewski said. That’s the most of any government official – ever.

Pensions for federal employees who began working in the civil service prior to 1984 are determined under the Civil Service Retirement System (CSRS), which requires 30 years of service and at least age 55 in order to receive full retirement. Accumulate those service credits and the pension equals 80 percent of the three highest-paid years on the payroll.

But the pot gets sweeter for employees who, like Fauci, stay in government long after they reach the 30 year mark. That’s because the formula for calculating the retiring worker’s monthly pension checks considers only the highest three years of salary, which are typically those immediately prior to leaving government.

“NIAID would not respond to our request for comment, they stonewalled our FOIA request for basic employment docs, so we sued them and a federal judge already ordered production starting on Feb 1, 2022,” he said in the email.

“We questioned his job description in conjunction with his 400 media events in 18 months, and we broke the story that Fauci received a permanent pay increase in 2004 precisely because he was supposed to prevent the next pandemic. No response to our Fauci pension investigation today or any other investigation that we’ve published in the national news,” Andrzejewski added.

A spokesman for NIAID did not respond to The Epoch Times’ request for comment on Fauci’s future pension.

Fauci would also be eligible for an annual annuity payment from Uncle Sam.

Fauci is the exception to the rule for government pensions due to his uncommonly long career, but federal retirement, like salaries and other perks of the civil service, are generous and funded mostly by taxpayers.

Employees who joined the federal government after 1984 are covered by the Federal Employees Retirement System (FERS), a Reagan administration reform that combines investment income from an annuity, a Thrift Savings Account (TSP), and Social Security benefits. Older federal retirees do not get Social Security.

Based on the CRS data, the average CSRS pensioner receives just under $60,000 annually, while the average FERS pensioner gets an annuity worth $22,008 annually. The latter also receives Social Security and TSP income.