Home / News / Every child in Sunday school said they would die for Christ, minutes later half did 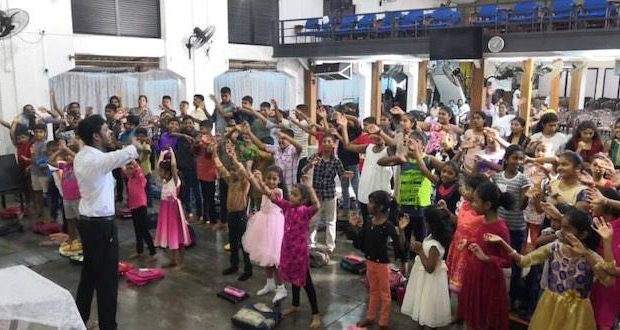 Kids in Sunday school just moments before they joined their parents in the service. Half died int the attack. Photo: Hananya Naftali (Facebook)

Every child in Sunday school said they would die for Christ, minutes later half did

It was a children’s Sunday school much like that in churches around the world. On this Easter Sunday, in the children’s class at Zion Church in Batticaloa, Sri Lanka, the kids were learning about Jesus’ sacrifice and they were asked if they were willing to lay down their lives for Christ. Every hand eagerly went up.

Minutes later, after the children joined the congregation for worship, half of them lay dead from a muslim suicide bomber’s powerful explosion.

“Today was an Easter Sunday school at the church and we asked the children how many of you willing to die for Christ? Everyone raised their hands,” Caroline Mahendran, a Sunday School teacher at the church, said, according to Israeli public figure Hananya Naftali. “Minutes later, they came down to the main service and the blast happened. Half of the children died on the spot.” 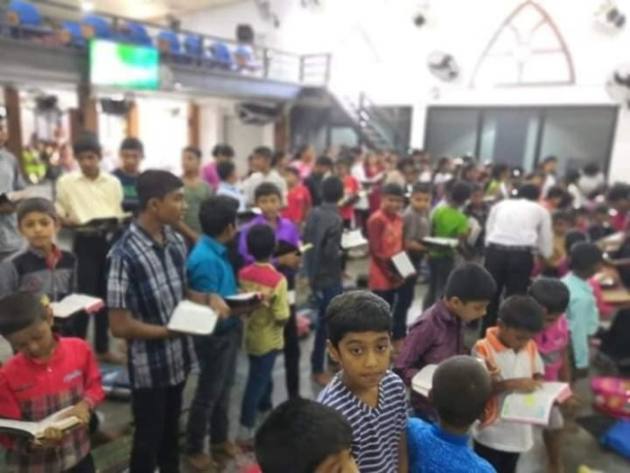 The report comes as the death toll from the bomb attacks on several churches and luxury hotels in the island nation, where Christians make up less than 10 percent of the 20 million population, continues to approach 400 with at least 500 wounded.

Fr. Kumaran, a pastor at Zion Church, told Times of India that he witnessed the death of many of the children shortly after arguing with the suicide bombing suspect he did not recognize.

It was about 8:30 a.m., Kumaran said, when he saw the suicide bombing suspect carrying a bag at the steps of the church already filled with worshipers.

“I asked him who he was and his name. He said he was a Muslim and wanted to visit the church,” Kumaran said. 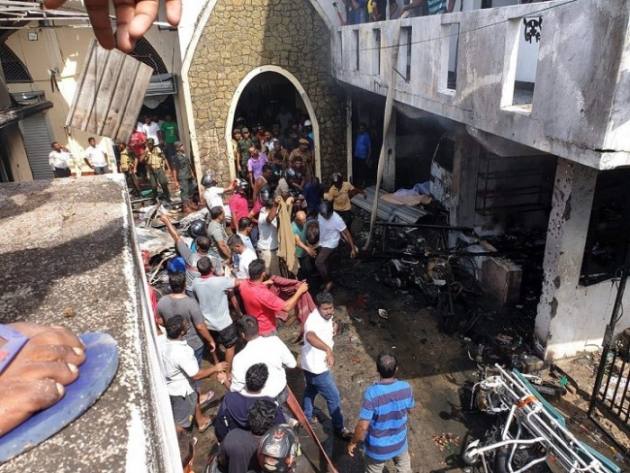 Kumaran said he was ushered away from the encounter by other priests because it was getting late for Mass. As he walked toward the podium he heard an explosion. When he turned around, the blood of his congregants, including many from the children’s Sunday School class, was splattered on the church walls.

Half of those killed were children, said a distressed Kumaran.

WATCH THE CHURCH’S 2018 CHRISTMAS EVEN WORSHIP

Arasaratnam Verl, 41, said his 13-year-old son, V. Jackson, who is also his only child, was standing near the church entrance after attending the Sunday School class. Jackson was killed instantly.

“My elder sister was killed too. My two younger sisters and my brother-in-law are critical,” Verl, a taxi driver, told Times of India.

Verl said his friend, Ramesh, who had also questioned the suicide bombing suspect and “pushed the man outside the church door,” also died too as the man blew himself up shortly after that.

Outside Zion Church, the bombings in Sri Lanka on April 21 also targeted St. Anthony’s Shrine in Colombo, the capital; St. Sebastian’s Church in Negombo; as well as high-end hotels in Colombo, including the Shangri-La, the Cinnamon Grand and the Kingsbury.

Fr. Kanapathipillai Deivendiran, who was scheduled to deliver the Easter Day message at Zion Church on Sunday, told The Hindu had he not been running late, he may have been killed too.

“I went a little after 9 a.m. I was a few minutes late or you will not be speaking to me now,” he said. “I didn’t know that there had been a blast a few minutes before that, I just walked into the premises. As I entered, I was shaken by the sight — walls had collapsed completely, there were bodies all over the floor,” he said.

Some have compared the attack to Sri Lanka’s version of 9-11.

Previous: ‘We Will Work, We Will Pray and We Will Fight,’ against opioid crisis says president
Next: For fans, ‘Avengers: Endgame’ succeeds with a compelling story