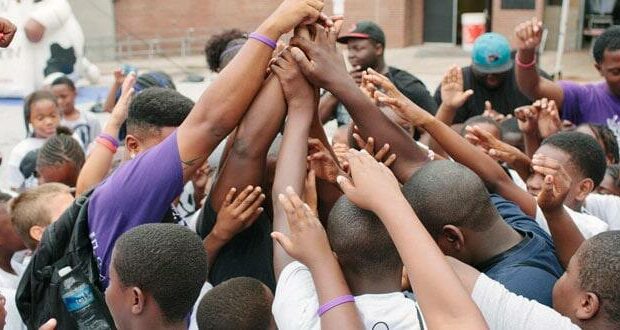 The Fellowship of Christian Athletes, which is based in Kansas City, handed out more than 200,000 Bibles in 2021.

“I believe one of the reasons God continues to bless the Fellowship of Christian Athletes is our focus on growing our Bible ministry,” said Shane Williamson, president and CEO of the organization. “We are committed to God’s word and biblical truth, and we continue to be amazed at what God is doing to get His word into the hands of coaches and athletes around the world.”

FCA’s theme for 2021 was Pursue, based on 1 Timothy 6:11: “Pursue righteousness and a godly life, along with faith, love, perseverance and gentleness.”

In 1956, the ministry first printed Bibles for camp with its logo on the cover. As the camps grew, new Bible covers were designed with each year’s theme, and more programs were added. The Bible became a key resource for those leading huddles and one-on-one discipleship meetings. This is now referred to as FCA’s Athlete’s Bible, which each camper receives and has become the most requested Bible resource.

FCA printed its first Spanish New Testament in 2006. Since then, multiple resources have been translated and printed, such as FCA’s Heart of an Athlete devotional in Chinese and Spanish, Japanese Baseball New Testament, Chinese Sports Devotional Bible and Russian Coach’s Bible.

FCA transitioned into the digital age in 2013. It partners with YouVersion to release electronic versions of all camp Bibles. Today, FCA has more than 50 Bible reading plans in multiple languages on YouVersion, including Spanish, Ukrainian, Russian, Chinese and Korean.

“For 67 years, it has been FCA’s priority to make Jesus known throughout the world,” Williamson said. “We have a wonderful gift to give to our coaches and athletes, the hope and truth of Christ through his everlasting word.”