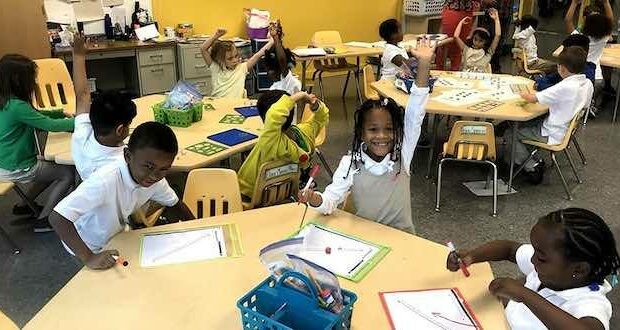 Data from the Missouri Department of Elementary and Secondary Education show that charter school enrollment steadily increased over the past few years, even as the COVID-19 pandemic disrupted education and caused some students to go “missing” as they left school during remote learning.

Meanwhile, Kansas City Public Schools’ enrollment dipped by more than 5 percent between the 2019-20 and 2020-21 school years.  Charter schools were legalized in Kansas City and St. Louis in the late 1990s. They later were allowed elsewhere in the state under specific circumstances, but they have not expanded beyond those two districts. In Kansas City, the relationship between KCPS and charter schools is complicated, because while they share some resources, they also compete for students and funding.

“Giving families options and allowing families to really understand the education that’s provided to their children and then make those choices and ensure that they are receiving a really quality education, that’s the goal,” he said. “And what this is showing is that more and more families are glad to have options available to them.

Thaman said charters’ smaller sizes allowed them to be nimbler during the pandemic. The nearly 13,500 students who attend Kansas City charters are divided among 20 schools that each have one to five buildings, often divided by grade level.

“That flexibility they had allowed them to continue to deliver an education to children, even when they could not be in the school building, at a little quicker rate than larger institutions,” Thaman said. “The really strong family-school relationships that existed, those really benefited families during the pandemic, because there was immediate communication between the school and the family.”