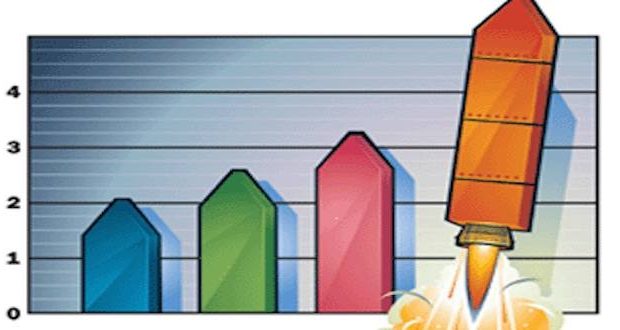 The U.S. economy grew at an astounding rate this fall surpassing the previous record set in 1950.  Department of Commerce announced Oct. 29 that U.S. economic output in the third quarter grew by 33.1 percent, the largest expansion on record, after falling by 31.4 percent in the second quarter at the height of the pandemic. The second quarter numbers were largest shrinkage on record as a result of the lockdowns. The economy is now just 3.5% smaller than it was pre-pandemic when it was the strongest in 70 years.

In a release detailing the agency’s “advance” estimate for third-quarter gross domestic product (GDP), the Commerce Department noted, as is standard practice, that the number is subject to a follow-up revision, to be published on Nov. 25.

The Commerce Department said the record rebound reflects the reopening of the economy and resumption of business activity following lockdowns spurred by the outbreak of the coronavirus.

“The increase in third-quarter GDP reflected continued efforts to reopen businesses and resume activities that were postponed or restricted due to COVID-19,” the department stated.

Tim Murtaugh, communications director for the campaign to reelect President Donald Trump, said in a statement that the record economic rebound is a “validation of President Trump’s policies which create jobs and opportunities for Americans in every corner of the country.”

Murtaugh highlighted the Trump administration’s policy of “cutting taxes and reducing regulations and red tape,” which he said “clear the way for American ingenuity and our entrepreneurial spirit to thrive.”

“New unemployment claims are lower, but hardly in the realm where we can take a great deal of reassurance from the present situation or near-term outlook. There are still some 22.6 million individuals receiving some form of unemployment compensation in the latest week, enough to fill a major American city,” Bankrate.com senior economic analyst Mark Hamrick stated.

In the campaign statement, Murtaugh cast the election as a choice between “a Trump boom versus a Biden depression.”

Trump, in an Oct. 29 video message, said, “The really big factor in this election is the fact that Joe Biden and Kamala want to raise your taxes and raise them like nobody’s ever been raised before,” adding that what is estimated to be around a $4 trillion tax hike over 10 years would “drive our country into depression.”

Unemployment remains high in blue states that are still under lockdowns. In red states, unemployment has been slashed by almost 60 percent as lockdowns eased and life returned to some semblance of normality.

–Wire services including Bloomberg and Formes.