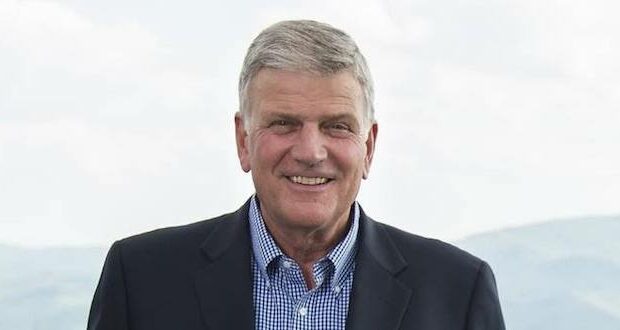 Franklin Graham has joined thousands of Christian leaders and pro-life supporters voicing support for the apparent decision by the Supreme Court to overturn Roe v. Wade.

Franklin wrote on Facebook: “Praise God! The Supreme Court has voted to overturn Roe v. Wade according Politico, which received a supposedly leaked copy of the opinion draft. I don’t know if this report is true, but if it is, it’s an answer to many years of prayers.”

The son of the late Bily Graham was referring to the leaked draft opinion in the case of Dobbs v. Jackson Women’s Health Organization. The High Court last fall heard the case of a Mississippi law that bans abortion after 15 weeks of pregnancy.

If the court does overturn Roe it would mean that states would again regain the authority to regulate the abortion procedure, a power of self-governance outlined in the Constitution until it was stripped away in the 1973 Roe ruling.

As Metro Voice and other outlets are reporting, it is extremely rare and unethical for such a leak from the court to happen in advance of a ruling. Both conservative and liberal court-watchers have expressed shock at the leak, which appeared to be purely political and calculated to put public pressure on the justices to change their minds before the decision. The FBI is now involved in determining who leaked the document.

The majority decision draft, written by Justice Samuel Alito, suggested that the Court would overturn Roe on a 5-4 basis, with Chief Justice John Roberts again voting with the liberal minority. Alito, in addition to the Mississippi law, discussed the actual right to abortion and how it can not be found in the Constitution.

Donald Trump, whose three pro-life appointments to the court have paved the way for the possible ruling weighed in on the leak.

The former president said the Supreme Court is currently in “a very hard position.”

“Something came in, and looked like it was final, and now, if they change it, it is going to look like they changed it,” Trump said. “They are put in a very bad position.”

When asked whether he felt the leak was a last-ditch effort to sway the court’s final decision, he said: “You would never know, because it also made a lot of people very happy.”

Pro-life activists have mobilized for almost five decades in an effort to protect human life from the moment of conception. The fight in recent years has moved to state legislatures who have overwhelmingly passed pro-life laws.

Other Christian leaders commenting on the ruling represented both Catholic and protestant groups.

Jeanne Mancini, president of the March for Life, responded on Twitter after Politico published its exclusive report saying that they will not have an official response until a decision is formally made.

“We also believe that given the leak the court should issue a ruling as soon as possible,” she added. “This leak was meant to corrupt the process. It is heartbreaking that some abortion advocates will stoop to any level to intimidate the court no matter what the consequences.”

Pro-life group Susan B. Anthony List President Marjorie Dannenfelser issued a statement supporting the possibility of Roe being overturened. “If the draft opinion made public tonight is the final opinion of the court, we wholeheartedly applaud the decision. The American people have the right to act through their elected officials to debate and enact laws that protect unborn children and honor women. If Roe is indeed overturned, our job will be to build consensus for the strongest protections possible for unborn children and women in every legislature,” Dannenfelser said.

As president and CEO of Americans United for Life, Catherine Glenn Foster responded, “We stand alongside all Americans who have waited so hopefully and for so long for the Supreme Court to reverse Roe, to set American on the path to abortion abolition, and to restore justice to our nation. Today is a day for courage and hope.”

Missouri Republican Senator Josh Hawley echoed what many pro-life legislators are saying. “The left continues its assault on the Supreme Court with an unprecedented breach of confidentiality, clearly meant to intimidate. The Justices mustn’t give in to this attempt to corrupt the process. Stay strong.”

“I will say, if this is the Court’s opinion, it’s a heck of an opinion. Voluminously researched, tightly argued, and morally powerful,” he stated.

“If the Supreme Court does indeed issue a majority opinion along the lines of the leaked draft authored by Justice Alito, the shift in the tectonic plates of abortion rights will be as significant as any opinion the Court has ever issued,” the American Civil Liberties Union stated.

Pro-life activists are even looking beyond the coming ruling.

“If Roe is finally overturned, that isn’t the end of the pro-life movement, but the beginning of a new stage,” Ethics and Public Policy Center president Ryan T. Anderson tweeted on Wednesday. “Time to pass laws to protect babies, craft pro-family policies, build support systems for women. So much of this already exists, and now is the time to take to the next level.”