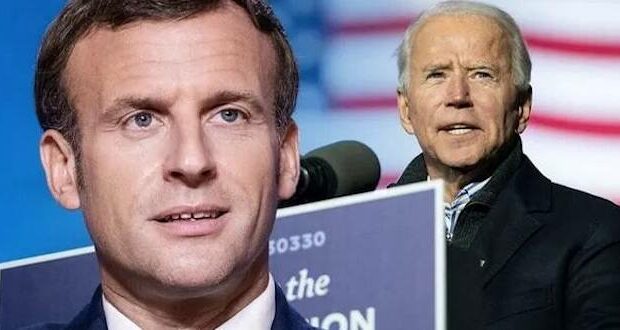 As world leaders blast the Biden administration for creating a humanitarian crisis in Afghanistan, French President Emmanuel Macron says there’s moral responsibility to get people out.

In a tense phone call in which President Joe Biden was later described as confused, Macron is reported as having sternly said there is a “collective moral responsibility” to evacuate Afghan allies from Kabul. Macron, went on to say it needed to be done ahead of Biden’s arbitrary Aug. 31 deadline to surrender the country to the  Taliban.

“The head of state emphasized our collective moral responsibility toward the Afghan men and women who need our protection and who share our values,” a readout of the call released by the French government read. “We cannot abandon them.”

The Élysée said Macron in his conversation with Biden “underlined the absolute need to ensure rapid and concrete coordination among allies on the ground to continue the evacuations.”

The White House’s version of the call edited out Macron’s lecture of a “moral responsibility” to evacuate Afghan allies, only noting the two world leaders lauded the “tireless efforts” of their personnel working closely together in Kabul on the evacuation of their citizens, “the brave Afghans who have stood by us and our NATO partners, and other vulnerable Afghan nationals.”

The call between the two leaders on the issue comes as Biden faces growing criticism amid reported chaos and violence and deaths outside Kabul’s international airport. From the British Parliament to the next leader of Germany, America’s closest allies have leveled anger at the U.S., some say that has not been seen in 200 years.

Echoing Macron’s criticism, a bipartisan group of 55 senators is urging Biden to quickly evacuate SIV applicants and their families amid the Taliban’s takeover of Kabul.

Meanwhile, Biden said during a press briefing at the White House on Sunday that evacuation efforts have “a long way to go” and that “a lot could still go wrong.” The president added that there have been “discussions among” those in the White House “and the military” to potentially extend the evacuation operation past Aug. 31.

Early Monday, Suhail Shaheen, a spokesman for the Taliban, warned that there would be consequences if Biden fails to withdraw all troops by his self-imposed deadline.

A new poll from CBS News shows that a majority of Americans believe Biden is not competent to lead the country.

Previous: Patrick Mahomes part-owner of 30 future Whataburger locations
Next: International Fellowship of Christians and Jews recognized as organization of the year