Home / Entertainment / From the Lincoln Highway to a Scottish revival: Five free documentaries on Youtube 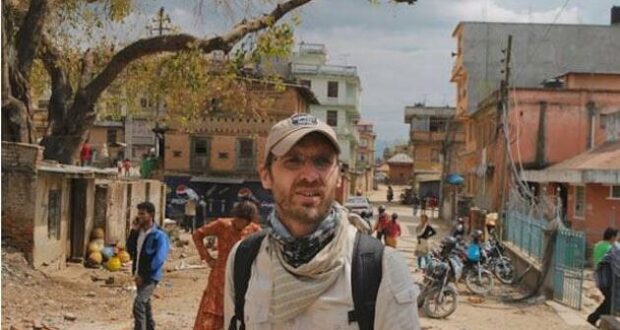 Will Decker travels the world with fellow missionary Tim Scott.

During the stay-at-home orders, I have had more time in the evenings. It has allowed both Dwight and me to research many topics for which we had long wanted to learn more about. Below are a few documentaries of various topics that will spark your interest. All are available on Youtube for free. We’ve included the video to watch immediate above each suggestion.

Let us know of your recommendations and we will add them to a future list.

100 Years on the Lincoln Highway. The Lincoln Highway was the first coast to coast highway in the US beginning at Times Square in New York City and concluding at Lincoln Park in San Francisco. The idea originated with Carl Fisher, who is associated with starting the Indianapolis Motor Speedway. He envisioned using corporate and private funds in this endeavor to link the coasts. The 1913 highway laid the foundation of the future highway system in the US. It’s a remarkable story and feat. Available free on YouTube.

Silver Bridge Disaster. When a disaster such as the Hyatt Regency Skywalk Collapse occurs, the moment is stuck in the community’s mind. Such is the case with the Silver Bridge Disaster that occurred on December 15, 1967 during rush hour traffic resulting in the death of 46 people. The Silver Bridge was built in 1928 over the Ohio River, connecting Point Pleasant, West Virginia, and Gallipolis, Ohio. With the problem of aging infrastructure today, you will want to view this, the most important of the documentaries made on the disaster! Available free on Youtube.

Do you have the heart of a missionary, but work in a cubicle or from home? If that statement resonates with you, Travel the Road will be inspirational. This documentary follows missionaries Timothy Scott and William Decker to remote and unreached parts of the earth. Their goal is to encourage the church to be active in the Great Commission. Tim and Will travel alone with a backpack and a camera. This is the first of several self-made documentaries they’ve produced that share an authentic experience of exhaustion, humor, hope, fear and faith as they share the Gospel. Available free on Youtube.

With the COVID-19 pandemic, the elderly are the most vulnerable potential victims. In 1949, Peggy and Christine Smith, two sisters ages 82 and 84, were mightily praying for revivals and the result is portrayed in the documentary, World’s Greatest Revivals: Hebrides Revival 1949. The Hebrides Revival continued for two years on the Isle of Lewis off the Scottish coast and thousands were saved – especially the young. You will be inspired. Available on Youtube at no cost.

Israel will celebrate its independence in May. Its early history is seen in a gripping documentary Above and Beyond. The film documents Israel’s fledgling defense force made up of shoddy supplies and substandard planes and how American pilots and other volunteers from around the world came to aid Israel in developing an air defense in their fight for independence. It can be viewed on Youtube for free.

Previous: Man arrested for arson at Missouri mosque
Next: Chick-fil-A sales and donations surge in response to coronavirus