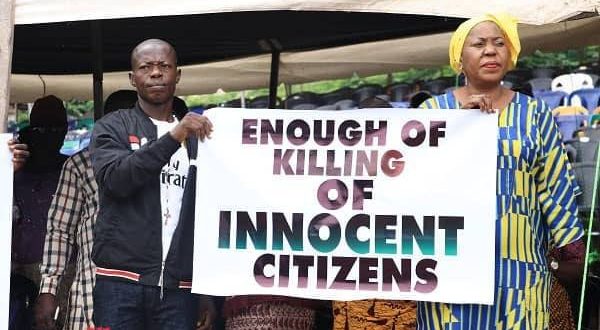 Nigerian citizens protest the increasing persecution of Christians in the nation.

A priest in Southern Nigeria was killed Thursday by suspected Fulani terrorists while five pastors from a Pentecostal denomination were abducted in a separate incident just outside of Lagos.

The Catholic Diocese of Enugu announced the killing of Father Paul Offu by gunmen on Thursday evening.

According to the diocese, Offu was the parish priest at St. James Greater Parish in Ugbawka. He’s originally is from Okpatu in the Udi local government area.

In a Facebook statement, the diocese declared: “tragedy strikes again in the Enugu Diocese.”

“With a deep sense of sorrow, the Catholic Diocese of Enugu announces the tragic death of REV FR PAUL OFFU who was shot dead [Aug. 1] by some hoodlums suspected to be the notorious and murderous Fulani herdsmen, along Ihe-Agbudu Road in Awgu [local government area],” the statement reads. “May perpetual light shine upon his gentle and illustrious soul.”

The diocese’s communications director, Benjamin Achi, told the Nigerian media outlet The Punch that the priest was killed by Fulani radicals.

“Fr. Offu was stopped by the murderous herdsmen while returning to his parish after a visit to priest friend along Ihe-Agbudu road in Awgu LGA.” Achi told The Punch. “They dragged him to the bush but one of the assailants said kill him, that the church would not do anything if they kidnapped him.”

Across the nation, predominantly Christian farming communities are being attacked with increasing frequency by Fulani radicals.

While the Nigerian government claims the violence is just “farmer-herder clashes,” advocates warn that thousands in these farming communities have been killed or have been forced to flee in the last several years because of Fulani attacks.

The priest’s murder comes about five months after the body of priest Clement Ugwu from St. Mark Catholic Church in the Ezeagu local government area was found after a one-week search.

“All is not well in Enugu State,” Bishop Callistus Onaga said at the time, according to an earlier article from The Punch. “We should not continue to pretend about it while our people are killed every day. Enugu State is not secure again. Criminals have shifted to Enugu State from Anambra.”

Achi told The Punch on Friday that the Rev. Paulinus Ikechukwu Ilo is still in the hospital after being shot by suspected Fulani radicals on July 18.

On Friday, dozens of priests in the Enugu Diocese protested the killing of their brother in the streets of Lagos in a procession that took them to outside of the Enugu State Government House.

During the protest, The Punch notes that the priests held placards that read: “enough is enough” and “government should rise to defend Nigerians.”

In addition to Offu’s killing, gunmen believed to be Fulani radicals were said to have abducted five Nigerian pastors while they were walking to a ministers conference in Lagos, a city in southeast Nigeria.

The general overseer of the Redeemed Christian Church of God, Enoch Adeboye, made the announcement during the ongoing ministers’ conference in Lagos on Friday.

The Nation newspaper reports that Adeboye said the pastors were abducted while on their way to the conference about 65 miles outside of Lagos. Adeboye stressed that this was the first time a kidnapping of this magnitude has occurred in the denomination.

“As a father, how do you think I should feel to hear that five of my children have been kidnapped while on their way to attend the Ministers Conference?” the report quoted him as saying.

On social media, a prominant critic called on Adeboye to take a stronger stand against the inaction displayed by the Nigerian federal government to stop the Fulani violence against Christians.

While referring to Adeboye on Twitter, former minister of culture and tourism Femi Fani-Kay, called on the church leader to “condemn and renounce [President Muhammadu Buhari].”

“If not this madness will NOT stop,” he contended.

“Pastor Osinbajo of RCCG over to you. Is [President Muhammadu] Buhari still your Messiah? Do you still want us to be praying for the Fulani herdsmen?” Fani-Kay, wrote in another tweet. “How many more people do they have to slaughter and abduct before your eyes open?”

Nigeria ranks as the 12th-worst nation in the world when it comes to Christian persecution, according to Open Doors USA’s 2019 World Watch List.

Fulani radicals are believed to have killed at least 2,400 people in predominantly Christian farming communities in 2018, according to data compiled by the nongovernmental organization International Society for Civil Liberties and Rule of Law.

Recently, the Jubilee Campaign, another international human rights nongovernmental organization, submitted research and data to the International Criminal Court in an attempt to show that the standard for genocide has been reached in Nigeria.

Previous: Migrants from 40 countries heading to US border
Next: Kansas Congressional candidate Weir pushes back against charge she was recruited for her looks 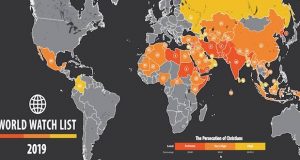 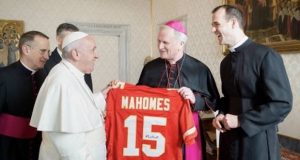 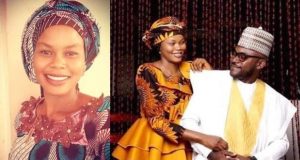 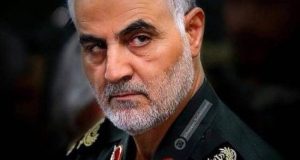 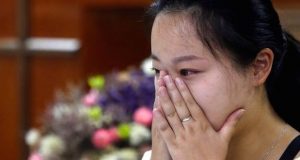 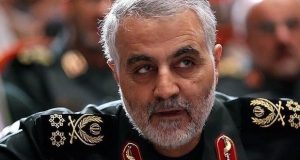 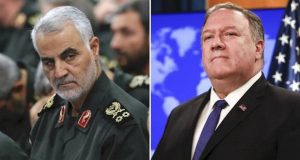