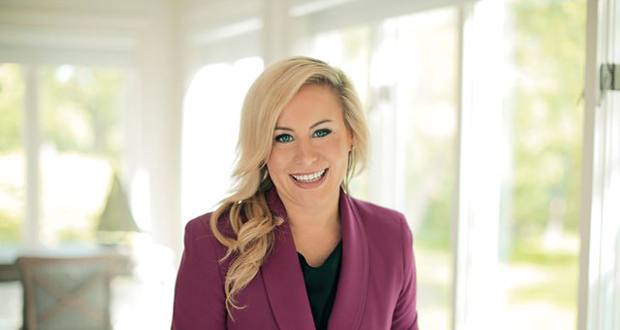 Do you think it's a coincidence Kansas Republicans are recruiting attractive young women to run for office?

They learned it works in local and state school board races and #ksleg races, so they're sticking with a winning strategy. https://t.co/sS74agoxJQ

Nobody expects an inoffensive, seemingly-moderate, suburban mom-type to be a complete radically extreme conservative, right?

They’re insidious b/c they deploy a facade of feminism to lend a veneer of acceptability to the GOP’s racism, corruption, & antisocial policies.

“They provide cover for those who abuse the law, ethics, morals, and other humans,” Arnold charged. “They dress up policies that abuse our fellow citizens.”

Asked to respond in a radio interview with KCMO, Weir shot back to Arnold that this is an election, not a beauty pageant.

This morning on Pete Mundo’s radio show I addressed yesterday’s attacks from the left. Let me be clear – this race is NOT about appearances and it's NOT about stereotypical and petty Democrat attacks. It's about what's best for Kansas's 3rd Congressional District! #KS03 pic.twitter.com/zBpwz2NJuW

Weir also pointed out in a statement her qualifications, where she emphasized her years of work on behalf of people affected by Down syndrome. She called Arnold’s tweets sexist.

“Until recently, I was a successful, respected President and CEO of the world’s largest organization dedicated to improving the lives of people with Down syndrome – a position I took on at the age of 32 because I earned it,” Weir wrote. “I helped lead the passage of the historic, bipartisan ABLE Act (the most sweeping disability legislation since the ADA), started innovative public-private partnership coalitions with fellow CEOs, and took our fundraising and team to new heights.

“On day two of my campaign (for U.S. Congress in Kansas’ 3rd District) to have Ms. Arnold (a former political candidate and now political consultant), demean my life experiences, achievements and track record of getting things done based solely on my appearance (and being a GOP woman) is sexist, uncalled for and insulting to women everywhere.

“The November 2020 election in KS-3, Sharice Davids v. Sara Hart Weir, will come down to two things – who is better on the issues and who can lead.”

Weir, 37, attended Westminster College in Fulton, Mo., and received a master’s degree in public policy and management from Carnegie Mellon University. She is from  Mission, KS, and her campaign team includes former Rep. Lynn Jenkins, who represented the adjacent district and was a member of the GOP leadership when Republicans still controlled the U.S. House.