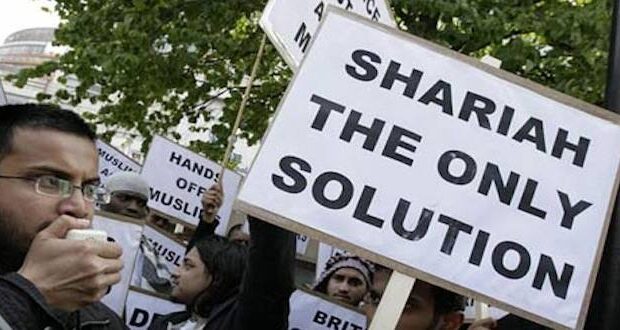 Germany’s Federal Constitutional Court has blocked an attempt to institute Sharia law. The ruling states that the constitutionally guaranteed religious freedoms of Muslims can be curtailed if public displays of religiosity — in this case wearing Islamic headscarves in German courtrooms — endanger the ideological and religious neutrality of the state.

The court’s landmark ruling, say many in the Christian community, effectively smashes a backdoor effort to enshrine Sharia law into the German legal system. Sharia proponents, or Salafists, have gone so far as to march through German cities demanding Sharia.

The case involves a 38-year-old German-Moroccan law student who was born in Frankfurt and customarily wears a headscarf in public. In January 2017, she began legal training in the German state of Hesse, where the law bans any expression of religion in its courtrooms for judges, lawyers and legal trainees.

According to the law, legal trainees (Rechtsreferendar) are allowed to wear a headscarf — except when they are performing certain official tasks in which they serve as representatives of the judiciary or the state. This means, for instance, that trainee lawyers are not allowed to wear a headscarf when presiding over a hearing, taking evidence or representing the public prosecution office.

The complainant filed a lawsuit claiming that the headscarf ban interfered with her right to freedom of religion. She argued that she was being forced to choose between performing the intended tasks or fulfilling a religious clothing requirement that she considers imperative.

The Higher Regional Court (Oberlandesgericht) ruled that, according to the law in Hesse, legal trainees have a duty to conduct themselves neutrally with respect to religion and that, when wearing a headscarf, the complainant was therefore barred from performing any tasks in the course of which she might be perceived as being a representative of the justice system or the state.

The complainant filed an appeal, which was rejected by the Hesse Higher Administrative Court (Verwaltungsgerichtshof). She then filed an appeal with the Federal Constitutional Court, which affirmed the lower court rulings. In a statement published on February 27, 2020, the high court explained:

“The principle of the state’s religious and ideological neutrality can be considered a constitutional interest that may justify an interference with freedom of religion in this case. The state’s duty to be neutral necessarily also entails a duty for public officials to be neutral since the state can only act through individuals. However, when public officials exercise their fundamental rights as private individuals in the performance of their duties, this cannot be attributed to the state in every case. Yet it can potentially be attributed to the state in cases where the state has specific influence on the visible character of an official act — as is the case in the justice system.“Freedom of religion can be subject to a further constitutional limitation inherent in the Basic Law (Grundgesetz): the proper functioning of the justice system in general, which is one of the essential elements underpinning the rule of law and is firmly rooted in the values enshrined in the Basic Law, given that every court decision ultimately serves to safeguard fundamental rights.“The proper functioning of the justice system requires that society not only place trust in individual judges, but also in the justice system in general. It is true that it will not be possible to achieve absolute trust among the entire population. However, it falls to the state to improve levels of trust. In the present case, the negative freedom of religion afforded parties to legal proceedings is also an argument in favor of the ban on wearing a headscarf.“In the justice system, the state exercises public authority vis-à-vis the individual in the classic hierarchical sense, which gives rise to more serious impairments than public authority exercised in interdenominational state schools, which are meant to reflect society’s pluralism in religious matters….“From a constitutional-law perspective, the legislature’s decision to establish a duty of neutral conduct with respect to ideological and religious matters for legal trainees must therefore be respected….“In support of the complainant’s position, it must be taken into consideration that to her, the headscarf is not only a sign of affiliation with a certain religious group that could be taken off at any time — like, for example, the cross worn on a necklace. Rather, wearing the headscarf to her means fulfilling a requirement that she considers imperative. As there is no similarly widespread equivalent requirement in the Christian faith, a general ban on manifestations of religious belief has a stronger impact on the complainant than on other religious public officials….“In support of the constitutionality of the ban, it must be taken into consideration that it is limited to a few individual tasks. The ban applies where legal trainees perform judicial tasks, represent the public prosecution office in trial hearings and take on quasi-judicial roles. In doing so, legal trainees — like civil servants — must represent the values that the Basic Law lays down for the justice system.”

“With this groundbreaking decision, the court sent an important signal in favor of the ideological neutrality of state institutions. Especially in today’s society, in which people from many countries around the world live with different cultural biographies and also with different religions, the state order must place more value than ever on its ideological neutrality. This is only possible if the state parties to judicial proceedings are not allowed to show religious insignia.”

Islamic head coverings have been a recurring issue in Germany, where the Muslim population has surpassed six million to become approximately 7.2% of the overall population of 83 million, according to calculations by Gatestone Institute.

On February 3, 2020, the Hamburg Higher Administrative Court ruled that a 16-year-old German-Egyptian student was allowed to wear a niqab, a garment that covers the face, at a vocational school in Hammerbrook.

Hamburg education officials had ordered the girl not wear the veil at school. In a statement, the court explained that according to the Hamburg School Act as it is currently written:

“Education officials cannot require the student to refrain from covering her face while at school. The student can claim the right to an unconditionally protected freedom of religion. Interferences with this fundamental right require a sufficiently defined legal basis.”

Hamburg politicians from across the political spectrum have vowed to change the law to ensure that full-face veils are banned in classrooms. Hamburg’s Senator for Education Ties Rabe, who belongs to the center-left Social Democrats, said:

“In school, it is a matter of course that the teachers and the pupils have an open, free face. This is the only way that school and teaching can function. That is why we are going to change the school law quickly so that this is guaranteed in the future too.”

Hamburg Deputy Mayor Katharina Fegebank from the Greens party also called for the law to be changed:

“The burqa and the niqab are, for me, symbols of oppression. Successful school lessons need good communication at eye level. For this, it is important to see the face of the other. This is not possible with a full veil. That is why we reject them.”

The opposition parties in Hamburg’s parliament, the Christian Democrats (CDU), the Free Democrats (FDP) and the conservative AfD, also support banning niqabs and burqas from classrooms.

The student’s lawyer, Alexander Heyers, said that while his client “does not see herself as the Greta Thunberg of Islam,” a ban would be tantamount to a declaration of war. He has threatened to take the case to the Federal Constitutional Court: “Political questions that have a deep impact on fundamental rights should be clarified before the Federal Constitutional Court.”

In the southwestern state of Baden-Württemberg, which is governed by a coalition of Greens and Christian Democrats, Culture Minister Susanne Eisenmann (CDU) also announced a ban on veils through adjustments to school legislation:

“Religious freedom has its limits — specifically at our schools, when teachers can literally no longer look at each other’s faces. We do not tolerate full veiling at our schools.”

Other headscarf-related bans in Germany include:

“The Presidium of the CAU has to ensure that the minimum requirements for communication in research, teaching and administration necessary for the fulfillment of university tasks are ensured. Open communication, which is based not only on the spoken word, but also on facial expressions and gestures, is one of these minimum requirements. Since a face veil hinders this open communication, it must not be worn in courses, exams and discussions relating to study, teaching and advice in the broadest sense.”

December 2019. Officials in North Rhine-Westphalia (NRW) abandoned plans to ban girls under the age of 14 from wearing headscarves or hijabs in NRW schools. Secretary of State for Integration Serap Güler said that after lengthy legal review, she determined that such a ban had no chance of being upheld by the Federal Constitutional Court.

September 2018. The Federal Council of the State of Lower Saxony approved an amendment that prohibits persons involved in court hearing — in particular parties, witnesses and legal representatives — from covering their faces in whole or in part ban on face coverings in courts. Justice Minister Barbara Havliza explained:

“Checking statements for their truthfulness is often of crucial importance in court proceedings. The judges must be able to look those involved in the face because the facial expressions sometimes say more than words. In addition, a face covering can make it difficult or impossible to identify people.”

“Without facial expressions and gestures, a statement is hardly worth anything. If a witness’s sweat is on his forehead or his facial features slip away, judges must be able to take this into account when evaluating a statement.”

June 2017. The Bundestag banned civil servants and military personnel from covering their faces in public.