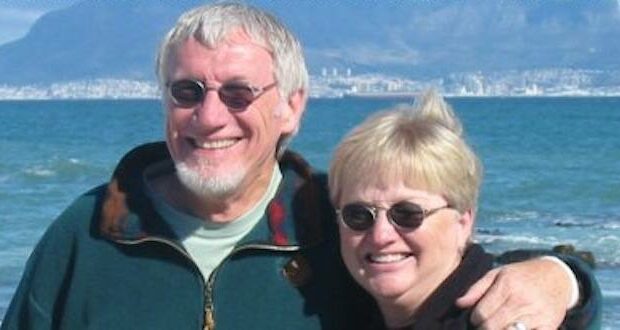 Floyd McClung, who was a global missions leader, author and speaker, died on Saturday in Cape Town, South Africa, after an extended illness. He was the pastor of Metro Christian Fellowship in Kansas City from 1999 to 2005.

In his more than 50 years in full-time ministry, McClung lived in Africa, Asia, Europe and North America; worked on every continent except Antarctica; and wrote 18 books, including the international bestseller “The Father Heart of God.” McClung spoke and lectured on more than 100 college and university campuses, traveled to more than 190 countries, made dozens of TV appearances, and saw his life and work featured in countless publications.

McClung joined Youth With A Mission on missions trips during school breaks from college. In 1993, he and his wife, Sally, cofounded All Nations, an international leadership training and church-planting network. Their vision for All Nations was “to see Jesus worshipped by all peoples of the earth, reaching the least, the last and the lost.”

Don Stephens, founder of Mercy Ships, recalled his time as McClung’s coworker in their early years in YWAM.

“Floyd McClung was a world-changer of the highest order,” he said. “Inside his towering 6-foot-6 frame were a heart, soul and mind of gentleness, sharpened through active listening to the issues of our generation. Floyd held a rare capacity for offering intimate friendship and trust. He inspired thousands through his prophetic speaking and writing. It was one of my life’s great privileges to have been his colleague and friend.”

YWAM co-founders Loren and Darlene Cunningham said, “Floyd McClung was a vital foundational leader, serving for many years in YWAM. He pioneered works in Afghanistan, India, Nepal, the Netherlands, California, Colorado and other locations. His life, his teaching, his books, his leadership and his Godly influence deeply impacted YWAM. He has so much lasting fruit, both inside YWAM and among those who came to Jesus through the initiatives he led. Only eternity will reveal the depth and breadth of his legacy.”

McClung was born in Long Beach, California, on August 3, 1945, to Floyd Sr. and Enetha McClung, who preceded him in death. He is survived by Sally, his wife of 54 years; daughter Misha Thompson; grandchildren Kezia and Luke Thompson; son Matthew McClung; brother Alan and wife Patricia McClung, their daughter and two grandchildren; sister Judy and husband Jim Orred.