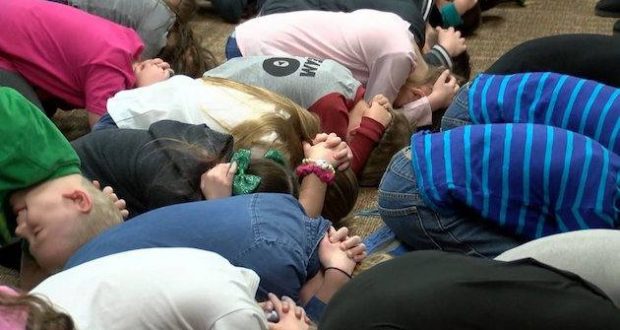 The laws included one dictating the minimum number of safety drills that schools across the state are required to conduct each year.

This year marks the 12th anniversary of the devastating Greensburg tornado which almost wiped the southwest Kansas community off the map.

This law amends existing laws on the books about the minimum number of drills required.

A release from the governor’s office said: “The bill requires the State Fire Marshal to adopt rules and regulations requiring administrators of public and private schools and educational institutions, except community colleges, colleges, and universities, to conduct at least four fire drills, two tornado drills, and three crisis drills each school year.”

Another bill Governor Kelly signed that related to children in Kansas was Senate Bill 77.

That bill “[r]equires the Department for Children and Families to offer services to children with sexual behavior problems, along with the child’s family.”

“Such services will be voluntary,” it said, “unless DCF determines there will be a high risk of future sexual behavior problems by the child if the child or family refuses services. This legislation will become effective upon its publication in the Kansas Statute Book.”