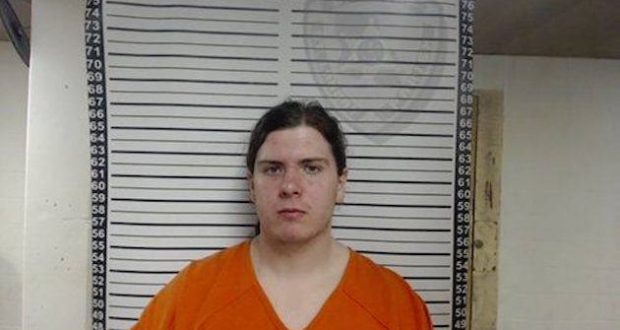 Suspect in church arson sang of hate for churches

The suspect in the arson fires at three predominately black churches in Louisiana was involved in Sataism and “black metal” music.

Holden Matthews, the 21-year-old son of a sheriff’s deputy who was charged with the crimes after police traced a gas can at the scene of one of the infernos to a purchase he had made. He was charged with three counts of simple arson on religious buildings with each carrying a prison sentence of up to 15 years.

“Information investigators have uncovered, and that Matthews has offered, suggests a possible connection with a genre of music called ‘black metal’ and its associated history with church burnings in other parts of the world, which have been documented in movies and books,” the state fire marshal’s office said in a statement cited by CNN.

Matthews also expressed hate for Baptists in social media posts. Responding to a post about “african spirituality,” Matthews, posting under the name Noctis Matthews, said he cannot “stand all these baptists around here, bunch of brainwashed people trying to find happiness in a religion that was forced on their ancestors just as it was on mine.”

In the posting, Matthews said he wished that, “more blacks [sic] people would look into ancient beliefs of pre Christian Africa.”

The day after police say Matthews burned down St. Mary Baptist Church in Port Barre, a video was posted on his band’s YouTube page of his song, “Diabolical Soul Feast.”

“The holy church is now destroyed,” Matthews screams in the final lyrics of the song. “Burning down in Odin’s name.”

Louisiana State Fire Marshal “Butch” Browning, said at a press conference Thursday morning that the fires are “an attack on our God and our religion” and investigators acted quickly to arrest Matthews because “we felt that other crimes were imminent.”

“In my career, I have never seen such a spiritual mission that has come home so quickly,” said Browning.

Taylor Thibodeaux, 23, who identifies as a Satanist, told USA Today that she met Matthews on social media through mutual friends. She said once he discovered that she was into Satanism he became so obsessed with the practice that she was forced to turn down a date with him.

“We were supposed to go on a date, but, for me, he didn’t seem right,” she said. “The infatuation he had toward me and my religion just threw me off.”

Thibodeaux noted that during their time together, Matthews also used racial slurs, made “black jokes” and “dead baby jokes.” She further called the church burnings Matthews is accused of carrying out “absolutely wrong.”

Pastors of the churches that were burned down told The Advocate they were relieved that Matthews was arrested but also prayed that he would turn his life over to God.

“I just thank God that it’s over. Our church can rebuild and get back to our work. It’s been some sleepless nights. Now we can finally rest for a little while,” Rev. Gerald Toussaint of Mount Pleasant Baptist Church said after a news conference Thursday.

“I would just like to ask him why he would do such a thing. I don’t know his motives,” the Rev. Harry Richard of Greater Union Baptist Church said. “I would like to see his heart and talk to him and let him express to me what it is that I’ve done, or anyone in our churches have done, to cause the pain or whatever it is he’s feeling toward us that he would do such a thing.”

Toussaint also praised law enforcement for the work they did in responding to the fires.

“Lately, law enforcement has been given a black eye but today it showed that they are real, and they’re good, and they supported and helped us. Many of them didn’t have to but they did,” he told The Advocate.