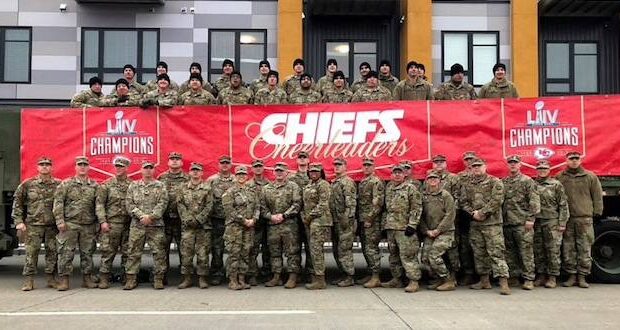 Missouri Gov. Mike Parson has declared a state of emergency and activated the National Guard as a precautionary measure as protests broke over the death of Breonna Taylor. He also said the Missouri Highway Patrol is ready to assist as needed.

“We are saddened by recent acts of violence that have occurred in some cities across the nation,” Parson said. “We fully support the right of citizens to peacefully protest and are committed to protecting that right. At this time, we are taking a proactive approach in the event that assistance is needed to support local law enforcement in protecting Missouri and its people.”

“Peaceful protests are welcomed, however this lawlessness is not,” Parson said in a social media post in response to the shooting of the Louisville police officers

“The grand jury’s decision to only indict one officer for charges unrelated to the death of Breonna Taylor isn’t justice for her family and loved ones,” said Clem Smith, acting chair of the Missouri Democratic Party. “It shows the lack of accountability created by our justice system. Not until we hold everyone to the same standard of accountability can we truly feel like progress has been made. We stand with those calling for criminal justice reform, calling for police reform.”

Taylor was accidentally shot when she and her boyfriend were served warrants. Taylor was standing directly behind her boyfriend when he fired at police officers in the hallway. Taylor had been linked to her previous boyfriend’s drug trafficking arrests.

“Across the country, we cannot stop pursuing justice for every single person to be able to sleep safely in their bed at night, to jog through their neighborhood, to go grab a drink and Skittles at a convenience store. We must stand up and say black lives matter.”