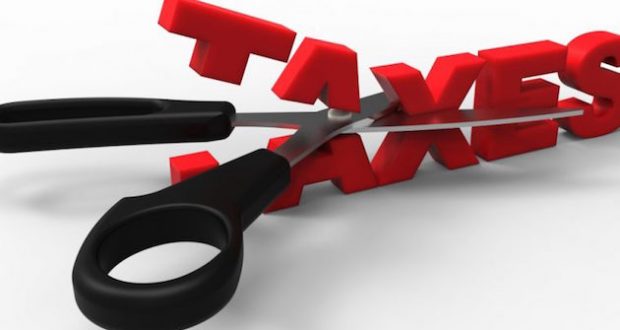 Missouri Governor Mike Parson says he’ll bring the General Assembly back to Jefferson City on September 6 to work on his proposed tax cut.

Parson earlier vetoed HB 2090, a bill that aimed to give both married couples and single filers a tax rebate based on their income tax liability. He has come back with a plan to drop the income tax rate from 5.3 percent to 4.8 percent. Parson’s plan also would eliminate the bottom tax bracket.

Senate Minority Leader John Rizzo, D-Jackson County, added an amendment to HB 2090 that put an income cap on those who could receive the refund of $150,000 for singles and $300,000 for joint filers. Parson opposed the amendment before vetoing the bill.

“Senate Democrats approved targeted tax relief for working families … the governor vetoed it,” Rizzo said in a statement. “We’ll carefully review his new proposal … if there is a tax cut, it should benefit the middle-class working families in Missouri.”

Stakeholders, specifically the AARP, previously criticized HB 2090 for being based on income tax liability, or how much the government is taking in taxes from your paycheck. Missouri’s lowest earners would see the least amount of reduction because they already pay the least amount of taxes. Parson’s proposal may be able to fix that issue if he gets his way during special session.

The state soon may have an influx in revenue to cover the income tax cut. But that help would be from the pending the legalization and taxation of the recreational use of marijuana. Legal Missouri 2022, the campaign that got marijuana legalization on the ballot through an initiative petition, estimates that legal cannabis would generate $40.8 million annually for the state.

Critics of recreational legalization say the tax benefits would be a wash with increased expenditures dealing with the downside of legal pot. From increased traffic and workplace accidents, overdoses, an uptick in other drug use and increased unemployment, other states have found significant cost increases when pot is legalized.

A 2020 paper presented at the 2020 Municipal Finance Conference reports that the passage of medical marijuana laws increases state government borrowing costs because of higher liability.

Parson hopes to get the income tax bill done quickly, noting that he has met with many legislators, the majority of whom have supported his plan.

“I welcome Gov. Parson’s call for a special session, and I plan to file a bill on the first day to cut taxes for every family in Missouri,” Sen. Lincoln Hough. R-Springfield, said. “Allowing Missourians to make more income before they actually have to file taxes is continuing to remove burdensome government from the lives of everyday Missourians.”