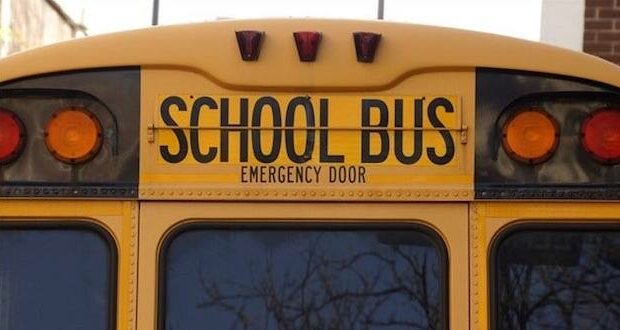 Corporal punishment, spankings for anyone brought up before 1985, are in the headlines again.

It comes after the Cassville School District in southern Missouri has a new twist on student discipline this school year. The district has reinstated spanking, with parent approval.

Parents recently were notified of a policy approved in June by the school board to once again allow spanking in school but only as a last resort and with written permission from parents. Describing Cassville as a “very traditional community in southwest Missouri,” Superintendent Merlyn Johnson said parents have long expressed frustration that corporal punishment is not allowed in the district.

“Parents have said ‘why can’t you paddle my student?’ and we’re like, ‘we can’t paddle your student, our policy does not support that,'” he said. “There had been conversation with parents, and there had been requests from parents for us to look into it.”

In 1977, the U.S. Supreme Court ruled that school corporal punishment is constitutional, leaving the decision to permit it up to each state. Missouri is one of 19 states that allow corporal punishment. Adjacent states that allow it include Arkansas, Kansas, Kentucky, Tennessee and Oklahoma. The others are Alabama, Arizona, Colorado, Florida, Georgia, Idaho, Indiana, Louisiana, Mississippi, North Carolina, South Carolina, Texas and Wyoming.

Johnson said the district employs a wide range of disciplinary approaches, starting with relationship building and positive reinforcement for good behavior. Detention and in-school and out-of-school suspensions also are options. He said the district hopes the possibility of corporal punishment is a deterrent.

A 2019 survey of corporal punishment of children under 9 years of age found that half of all U.S. households spank their children. The rate is the same for two-parent and single-parent families. Black Americans and Hispanics are most likely to spank. A full 1/3 of college graduates spank their kids as do 60 percent of individuals with some college. Those with high school or less spank at a rate of 49 percent, just three percent higher than parents with degrees. Forty percent of parents in Eastern and Western states spank while in the Midwest and South it is 49 and 59 percent, respectively.

“If you have a situation where a kid goes to school and they could be slapped for, you know, some minor offense, it certainly creates a really hostile, unpredictable and violent environment,” Craven said. “And that’s not what we want for kids in schools.”

But as spankings disappeared from the nation’s schools, the country saw an increase in in-school detentions and crime. Many say there’s a connection.

And the support for spanking disproves the notion that spanking is culturally unacceptable or that it is primarily found in low-income areas.

That’s encouraging to the school districts that are turning to it as a form of discipline.

“We understand that it is a bit of a shock factor,” he said. “So if there is one kid or a few kids out there that know there might be a different type of discipline, it might change their behavior.”

In February of 2021, Representative Alcee Hastings, a Florida Democrat, introduced H.R. 1234 — the Ending Corporal Punishment in Schools Act of 2021 — to Congress. There has been no movement on the bill since.