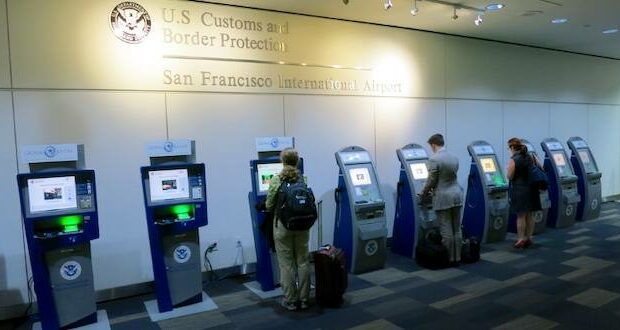 Republican governors are asking the White House to end vaccine mandates for international visitors to the United States. The U.S. restrictions were imposed by President  Joe Biden in October 2021.

Non-U.S. citizens visiting the U.S. must show proof of COVID-19 vaccination before traveling by air into the United States. However, the over 2 million illegal aliens who have been apprehended entering the U.S. from Mexico are not required to show proof of vaccination. Most of these individuals have been released into the general population.

The governors said that contrary policy is “contradictory,” given the administration’s effort to revoke Title 42, a CDC order that enables the quick expulsion of illegal immigrants because of concerns that they may carry COVID-19.

The travel order doesn’t make sense, South Dakota Gov. Kristi Noem and 16 other governors wrote in a letter to the president.

“Why are you insisting on stringent vaccine requirements for legal temporary travelers but not for illegal immigrants who are attempting to stay in our country permanently?” the governors wrote.

“The continued requirements, even as other countries are moving in the opposite direction, put us at a competitive disadvantage as our states work to welcome international travelers, attract foreign business prospects, and host global athletic competitions. Your actions are hurting our states’ economies and unnecessarily hampering our economic growth as a nation,” they wrote.