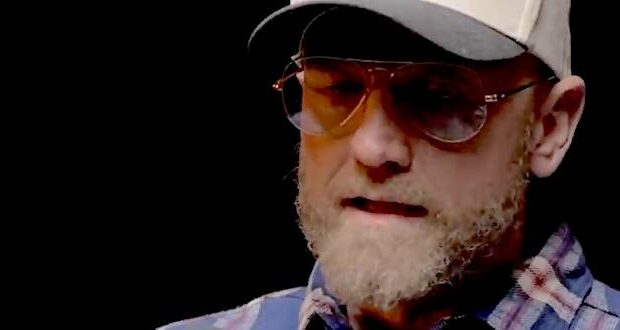 Christian artist TobyMac talked recently about the deep grief he suffered after his eldest son, Truett McKeehan, died of a drug overdose in 2019.

The singer, whose real name is Kevin McKeehan, compares his grief to the ocean with revealing honesty.

“To me, grief comes in waves. Some days it hits you really hard. I can’t say it’s ever stayed off of me, but I can’t say that it hasn’t beat me up some days. Let’s put it like that,” McKeehan said in a recent video clip released by Joy FM (below).

I met grief in the fiercest way

“I just felt like everything was beautiful and perfect until the last few years,” he noted. “Then, when we lost Truett, everything changed, and I met grief in the fiercest way.” 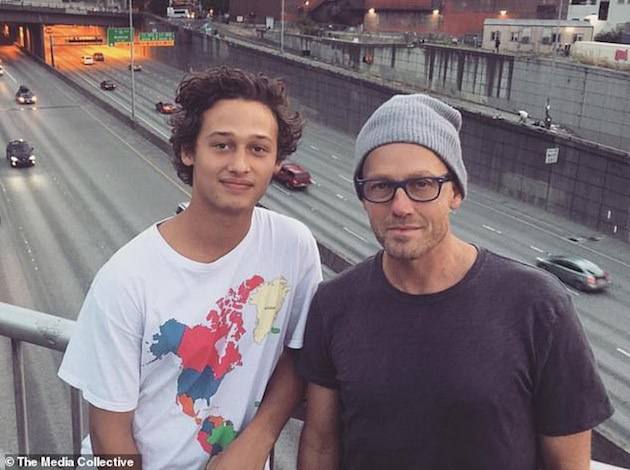 TobyMac, right, with son Truett. The young man died in 2019 at his home of a drug overdose.

McKeehan also shared how a stranger helped him cope with the loss of his son.

“I met a guy in Austin, Texas, and he lost his son. It was before I lost Truett,” the singer explained. “I actually was playing Austin, and he was a guy I’d never met that said I could come play his golf course with him.”

“When I went and played with him, he told me he lost his son, and he told me all about it, a car accident,” McKeehan continued. “It was really interesting. He told me a few things that were like…preparing me.”

The man encouraged McKeehan to hold on to God’s promise in the Scriptures as he grieved his own son’s life.

McKeehan recalled the man telling him that “God didn’t promise us we wouldn’t face loss.”

“He goes, ‘God promised us that He would never leave us or forsake us. That’s what He promised us,'” McKeehan asserted. “God doesn’t always take away the cold. He promises that He’ll be right there in it with us. That’s what I held on to, and I found Him there, or He found me there.” 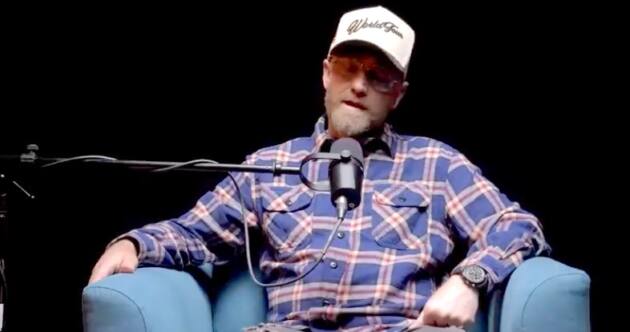 McKeehan during the interview.

The musician also shared that he’s learned to laugh again despite the tragic loss.

McKeehan, who’s devoted his musical career to releasing Christian music – whether it was through DC Talk or his solo career – revealed that the death of his son prompted him to think about eternity more than ever.

“I spoke about eternity before, but I never really thought about it deeply because I didn’t need to,” he noted. “I always trusted God. I always walked with God. It’s not a question of that, but it was like to deeply think about it.”

Becoming emotional, McKeehan noted that he thinks about eternity more deeply because he believes Truett is there.

“‘Dad, if you could only see what I see right now. And it’s not necessarily what Heaven looks like. It’s how this thing all works, how leaving this earth early isn’t necessarily a rip-off,'” he shared. “‘Like, ‘You don’t understand yet, dad. You don’t get it at all.’ That’s what I see.”

The singer revealed that he and his family are processing their grief in many ways, including through counseling. He also commended the church for their support when he needed it the most.

“The most important thing … to have loved ones surround you in your darkest moment and just love you, be with you,” McKeehan said. “Even the people that are a little more distant, the people that have listened to my music, the way I was prayed for … we felt surrounded by love through the deepest, darkest, hardest thing we’ve ever experienced. And to me that’s, that’s what the body of Christ should look like.”

I just feel like I didn’t know God stayed close in those times, but I’ve learned that He does

“So through what I’ve experienced in the grief, I’ve experienced what I’ve walked through – the raging storm, the deepest valley. I just feel like I didn’t know God stayed close in those times, but I’ve learned that He does. I really have,” he concluded.

“I think if we’re honest, every one of us has wondered at one time or another, ‘Where’s my promised land? Where’s the blessing for me and my family that I thought would come my way on this earth if I chose to follow the King of Kings,'” he explained in a video about the song’s meaning.

–Milton Quintanilla is a freelance writer. He is also the co-hosts of the For Your Soul podcast, which seeks to equip the church with biblical truth and sound doctrine. Visit his blog Blessed Are The Forgiven. Reprinted with permission of Salem.

Previous: Ugandan man hangs wife, children, for accepting Christ as saviour
Next: Lessons from Jeremiah: Our faith is made for difficult times