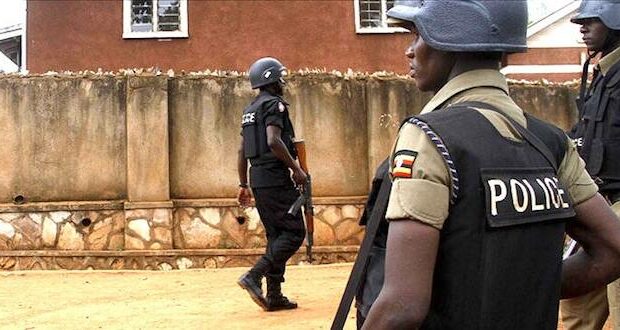 Ugandan police continue to search for a Muslim man accused of killing his wife and children because they received Christ as their personal Lord and Savior after attending a church service.

According to Ugandan news reports, police have registered this incident as a homicide. The community Council Chairman Fred Sekatonya said the mother and two children suffered severe head and neck injuries before death.

Morningstar News (MSN), a US-based persecution watchdog, revealed in a report published last week that Shamira Nakato, 27, was discovered by neighbors hanged with her two children, ages 3 and 8, in their house. Neighbors witnessed signs of violence against her by her husband identified as Hamidu Kasimbi.

Nakato had been invited by a friend to attend a Christmas service on Dec. 25, which she did together with her children. According to MSN, her husband was at that time away on a two-day trip.

“At the end of the service, Nakato remained behind and told me that she had a deep conviction to embrace Christ after the prayer of Christmas Day,” the pastor of the church, unidentified for security reasons, told media. “I then prayed for her and invited her for a special prayer day on Monday, Dec. 27.”

Area residents that spoke to media are quoted by MSN as saying while Nakato and her children were attending the service on Dec. 27, her husband arrived home earlier than expected, and was told his wife was seen attending church services on two consecutive days with the Christian neighbor. 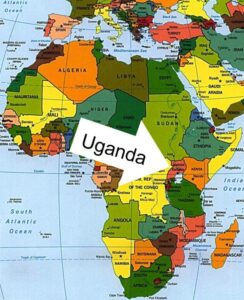 Hamidu was also told she might now be at another service. He immediately left the house and went to the church site, witnesses say.

“When he entered the church, his wife and the children were seated at the back,” the pastor told MSN. “He pulled her out of the church, and about 100 meters away, a member saw him beat his wife.”

Late at night, area residents heard brief screaming in Kasimbi’s house, the neighbor recalled. When he went to the house early the next morning (Dec. 28) to borrow a tool for cutting firewood, he did not find anyone at the compound.

The neighbor said the door was unlocked, so he entered the house and found Nakato and her two children hanged. The wooden structure built earlier appeared to have been used to elevate the victims before hanging, he said.

“I made an alarm that brought area residents, including the chairperson of Local Council 1, Fred Sekatonya, rushing to the scene,” he said. “Later the police arrived from Bukaloto police post, and the three bodies were carried to Kayunga Hospital for postmortem.”

The results of the postmortem were unknown, but the neighbor noted other injuries indicating that one or more of the victims might have been strangled before being strung up.

Attacks against Christians are increasing across Uganda as Central African continues to struggle with Muslim militia and terrorists.

In eastern Uganda on Dec. 31, Muslim extremists attacked a church leader in the town of Buwenge as he returned from the fourth day of a five-day evangelistic campaign in which four Muslims put their faith in Christ, sources say.

During the event that began on Dec. 27 (and was scheduled to end on Saturday, Jan. 1), Bishop Raymond Malinga Opio spoke at an open-air venue in Buwenge, resulting in four Muslims putting their faith in Christ on Dec. 29.

As Bishop Opio was returning to his hotel in Magamaga town on Dec. 31, three motorcyclists passed him at high speed about three miles from his lodging at about 7 p.m., he said. One slowed and stopped to check his motorcycle, and Bishop Opio stopped to assist him, he said.

Two of the motorcycles carried an extra passenger, and soon the four people on the two other vehicles arrived where the bishop was stopped with the lone motorcyclist.

“As they arrived, I noticed that all of them wore Islamic attire,” Bishop Opio told Morning Star News. “One of them said, ‘This man must die for converting our Muslim brothers to Christ, including our sheikh.’ I got scared.”

A sheikh (Islamic teacher) had converted to Christ on Nov. 10 at another campaign the bishop held in Namayemba, Bugiri District, Bishop Opio said.

“I relocated him far away from his relatives,” he said. “The Muslims were angered by his conversion.”

After the motorcyclists threatened the bishop, one of them began hitting him with his fist and a blunt object, while others kicked him, he said.

“I made an alarm, wailing for help, identifying myself as bishop,” he said. “Four young men living nearby arrived with bright torches flashing. The attackers seeing the flashlights coming toward our direction jumped on their bikes and took off while shouting that soon they were going to kill me.”

One of the assailants told him, “We shall soon come for you because you are misleading our Muslim faithful to join your bad religion,” the bishop said.

The four young men who arrived were Christians and called three others to escort Bishop Opio to a hospital near Magamaga, where he received treatment for three days. He sustained injuries to his back and head, including the loss of two teeth and severe swelling on his mouth. He was discharged from the hospital early Monday morning (Jan. 3) and returned to his home in another undisclosed district, where he is receiving further treatment.