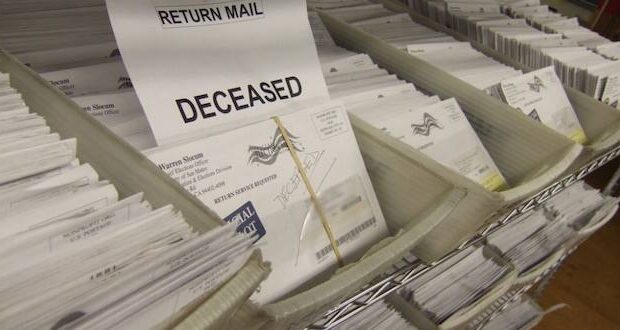 The way in which Missouri voters cast their ballots this November will change if a growing group of Jewish leaders and other clergy have their way. Not so fast, say others who contend the practice is flawed and has been proven to allow what’s known as “ballot harvesting.” Political experts say the practice allowed several California Congressional districts to swing blue after more ballots were cast than actual registered voters in numerous counties.

“I think it’s hard to overstate both how important the preservation of life is to Jews — and how important our democracy is,” Maharat Rori Picker Neiss, executive director of the Jewish Community Relations Council in Louis, told Religion News Service.

The would-be controversy in the Show-Me State revolves around local absentee voting laws that have come under scrutiny in the midst of the ongoing pandemic, with many voters expressing a desire to vote from home to avoid encountering disease.

Five states, including Washington, Oregon and Utah, already conduct elections entirely by using a vote-by-mail system, and many others distribute mail-in absentee ballots to anyone who requests them. But Missouri is one of many states that also requires an excuse to receive an absentee ballot, and Gov. Mike Parson suggested in a recent press conference that officials may not recognize the fear of contracting the novel coronavirus as a valid reason.

“The absentee ballot is more of a political issue than it is anything,” he said. “This is a Democrat-Republican issue and that’s where this is all headed, to a political answer and what’s driving behind this force.”

Neiss, an Orthodox Jew, said the governor’s response has not gone over well with Jewish leaders in the state. Others say going to the voting booth shouldn’t be any more difficult than going to the grocery store or filling up on gas.

READ: How ballot stuffing was caught on tape

“We were incredibly shocked and highly disappointed when we heard the governor did not think this crisis was sufficient excuse to warrant absentee voting — when we have closed down our institutions and encouraged people to stay at home as much as possible,” she said.

Neiss said she and other Jewish clergy noticed the state does allow for Missourians to acquire mail-in absentee ballots if they provide an excuse related to “religious belief or practice.” The group then published a letter arguing that the Torah and the Jewish tradition teach that “to save one life is to save an entire world, and to destroy one life is to destroy an entire world.”

The letter concludes: “We, the undersigned Jewish religious leaders of Missouri, believe therefore that it is a deeply-held religious belief to remain home on days in which elections are held and that such a belief qualifies one under the Missouri law to vote in any regional state, or federal elections via absentee ballot.”

Other liberal religious groups are following suit. The Reverend Dr. David Greenhaw, president of the United Church of Christ-affiliated Eden Theological Seminary, submitted an as-yet unpublished letter to the St. Louis Dispatchthat cited the statement from Jewish leaders, saying that he is moved to “affirm their teaching and concur with their counsel,” because, “as a Christian theologian and ordained minister, I would likewise counsel Christians to hold fast to their faith.”

Mail-in ballots themselves have come under intense scrutiny for increasing the chances of fraud and “ballot stuffing.”  Election watchdog groups say that the practice of mass mailing ballots to addresses increases the chances that the returned ballot may not be filled out by the intended recipient.

In April, the news site RealClearPolitics reported that in the span of the last four elections, 28 million mail-in ballots went missing.

“Between 2012 and 2018, 28.3 million mail-in ballots remain unaccounted for, according to data from the federal Election Assistance Commission. The missing ballots amount to nearly one in five of all absentee ballots and ballots mailed to voters residing in states that do elections exclusively by mail,” the news site reported.

The article went on to state that, “States and local authorities simply have no idea what happened to these ballots since they were mailed – and the figure of 28 million missing ballots is likely even higher because some areas in the country, notably Chicago, did not respond to the federal agency’s survey questions. This figure does not include ballots that were spoiled, undeliverable, or came back for any reason.”

“In 2016, Democrats likely seized control of California’s Orange County – a longtime reliably Republican bastion – through ballot harvesting, based on the difference between Election Day totals and final totals, which showed a huge, anomalous surge in votes to Democrat candidates,” Fischer writes.

The article goes on to state that “Ballot harvesting wasn’t legalized in California until the 2018 mid-term elections. California’s law allows anyone to drop off someone else’s mail-in ballot at a polling station. There is no process for vetting or verifying those who deliver the ballots. Democrats dropped hundreds of thousands of ballots off at polling places and flipped seven Republican seats in the process. Orange County, home of Ronald Reagan and once a bastion of conservatism, has been turned from red to blue virtually overnight.

The Government Accountability Institute warns that if Democrats are successful, a grand total of 24 million ballots will be delivered this year to ineligible voters. These ballots could go to an untold number of dead people, wrong addresses, or voters who are double-registered.

Voter ID will be a thing of the past, as ballots will be submitted by millions and millions of voters who have never had to actually verify their identity to anybody. Mississippi, where I used to live, went to required voter ID several years ago, where voters had to present a photo ID to get a ballot. There were all the predictable howls of outrage about voter disenfranchisement suppression and, just as predictably, zero complications when it was actually implemented seamlessly.”