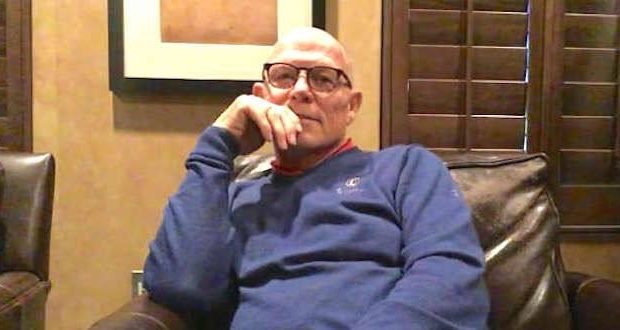 Amid a battle with cancer and a recent brush with death, Hank Hanegraaff, also known as the “Bible Answer Man,” is revealing how God “supernaturally” saved him.

In a video post on July 17, the 69-year-old host of the nationally syndicated Bible Answer Man radio broadcast announced that he recently underwent allogeneic stem cell transplantation — a potentially curative treatment for mantle cell lymphoma. And the surgery was “successful.”

During his 40-day hospital stay, the radio host said he had the “time for reflection and thought of what it is that God has for me to do in the remaining years of my life.”

“And I do believe God’s going to give me many more years,” he said. “I don’t want to be presumptive, but I almost died … I had passed out, I had gone unconscious. And the time in ICU is just a blur. I remember little bits and pieces of it, but when my kids and my wife told me about what I went through in the ICU, it was like they were talking about a different person.”

Hanegraaff revealed that if it weren’t for his son, David, visiting at exactly the right time at the hospital, he wouldn’t be alive today.

“He’s the one that saw that all of a sudden my speech was incoherent and then I went unconscious and got the nurses in and got me into ICU. And that was a close brush with death,” he shared. “I’m still feeling a lot of the effects of that.”

The president and chairman of the Christian Research Institute revealed that during that time, he “came within a whisper of being in the presence of the Lord.”

“That makes you look at life completely differently,” he admitted, adding that Psalm 118:17 has been “coursing through” his mind: “I will not die but live, and will proclaim what the LORD has done.”

“The Lord supernaturally saved me from dying,” he said. “Again, I don’t want to be presumptive; only the Lord knows our days … But the doctors that I’ve talked to are very, very optimistic about the success of the stem cell transplant.”

Because his body is “still putting up some resistance” to the transplant, Hanegraaff said it will be a “tough battle for a while.” Nevertheless, he said he’s “encouraged” and “nourishing” himself on the Word of God.

“Day by day I feel stronger and I am so encouraged. To see the finger of God, visible yet invisible, is a wondrous thing,” he said. “I know that every experience that we have is precious to the Lord. The suffering that we go through is being used by the Lord for our salvation.”

Hanegraaff thanked supporters for their prayers, which he said showed the “invisible yet visible hand of God prolonging my life and give me a new lease on life.”


The “Bible Answer Man” was diagnosed with mantle cell lymphoma, a rare form of cancer, in 2017. In November 2018, he revealed that his cancer was in remission following a clinical trial, and cited “God’s grace.”

In his latest video, the Orthodox Christian author said that in over 30 years of ministry, he hasn’t taken a break — and his latest hospital stay was a “forced vacation” that was “wonderful in so many ways” because he got to spend quality time with his family.

“I turned my room into a sanctuary,” he said. “Many people that came into that room were touched, asked questions, and opened the doors for conversations. To God be the glory.”

“Only one life, soon to be passed. Only what’s done for Christ will last,” he continued. “Tomorrow, I make it to my 69th birthday.”

Previous: David Jeremiah warns against church as entertainment driven social organization
Next: ‘The Farewell’ explores the fibs one family tells in love