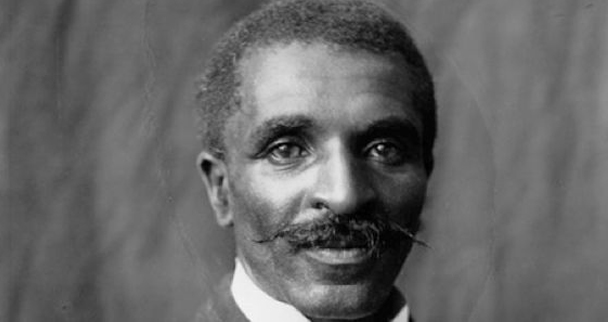 “Human need is really a great spiritual vacuum which God seeks to fill … With one hand in the hand of a fellow man in need and the other in the hand of Christ, He could get across the vacuum.”       – George Washington Carver

George Washington Carver was born a slave during the Civil War, possibly in 1865, but there are no records. Within a few weeks, his father, who belonged to the next farm over, was killed in a log hauling accident.

Shortly after the Civil War, bushwhackers kidnapped infant George with his mother and sister. Moses Carver sent friends to track down the thieves and trade his best horse to retrieve them. The thieves only left baby George, lying on the ground, sick with the whooping cough. George never saw his mother and sister again. Illness claimed the lives of his two other sisters and they were buried on the Carver farm.

George and his older brother, Jim, were raised in Diamond Grove, Missouri, by “Uncle” Moses and “Aunt” Sue Carver, a 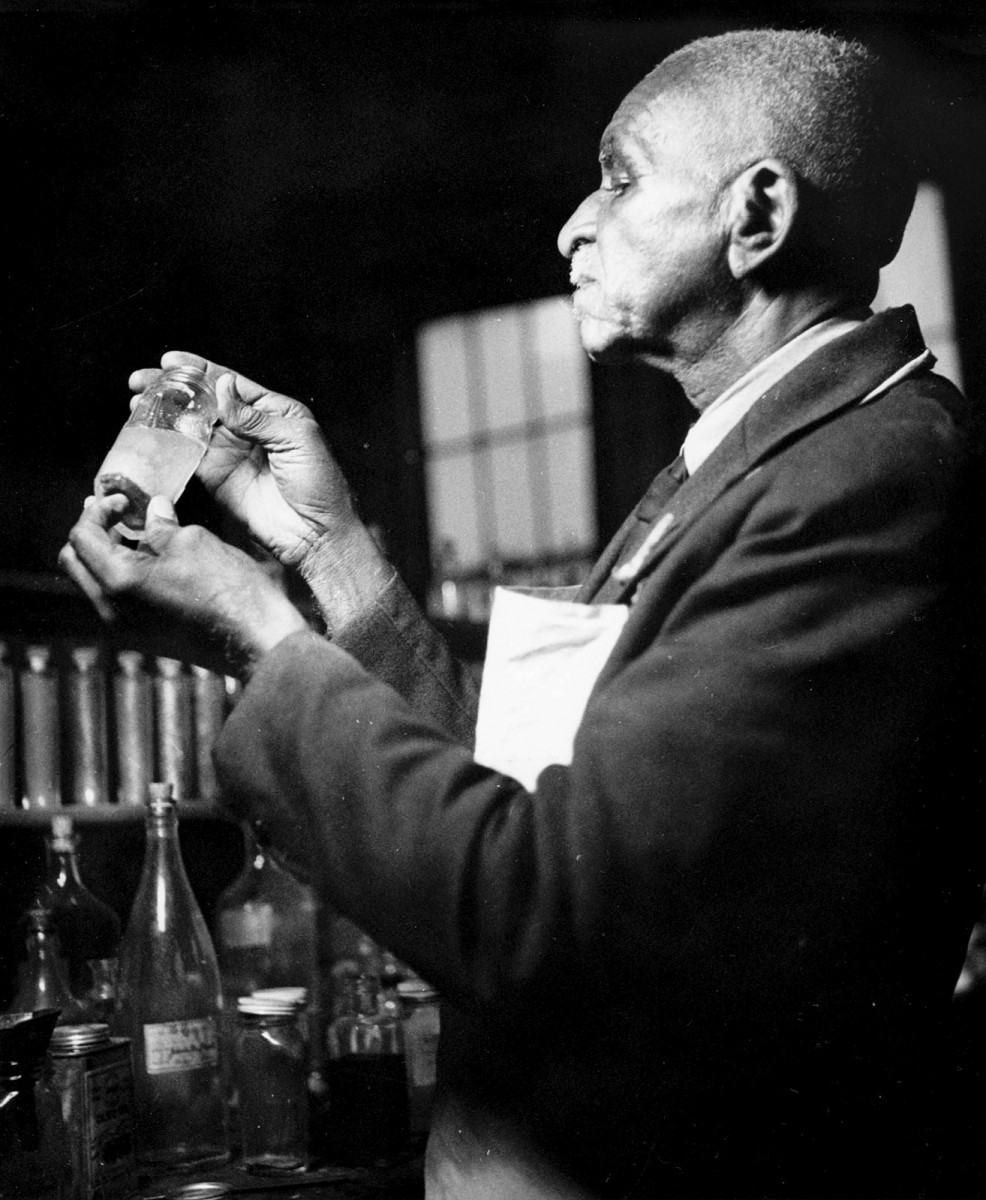 childless German immigrant couple. In poor health as a child, George stayed near the house helping with chores, learning to cook, clean, sew, mend and wash laundry, skills that he would later use to support himself. His recreation was to spend time in the woods.

He left home at eleven and attended school in Neosho, Missouri, paying his own tuition by doing odd jobs. George Carver drifted from Kansas to Iowa, working as a cook and doing laundry. He studied at Simpson College, then received a bachelor’s and master’s degree from Iowa State, where he was hired as a teacher.

In the spring of 1896, Booker T. Washington invited George Washington Carver to teach at Tuskegee, as he had just received his master’s degree from Iowa State Agricultural Institute: “Tuskegee Institute seeks to provide education – a means for survival to those who attend. Our students are poor, often starving. They travel miles of torn roads, across years of poverty. We teach them to read and write, but words cannot fill stomachs. They need to learn how to plant and harvest crops. … I cannot offer you money, position or fame. The first two you have. The last, from the place you now occupy, you will no doubt achieve. These things I now ask you to give up. I offer you in their place – work – hard, hard work – the challenge of bringing people from degradation, poverty and waste to full manhood.”

George W. Carver responded to Booker T. Washington: “My dear Sir, I am just in receipt of yours of the 13th inst., and hasten to reply. I am looking forward to a very busy, pleasant and profitable time at your college and shall be glad to cooperate with you in doing all I can through Christ who strengtheneth me to better the condition of our people. Some months ago I read your stirring address delivered at Chicago and I said amen to all you said, furthermore you have the correct solution to the ‘race problem.’ “

George assembled an Agricultural Department at Tuskegee. He visited nearby farmers and would teach them farming techniques, such as crop rotation, fertilization and erosion prevention. Carver noticed that the soil was depleted due to years of repeated cotton growth and produced very poorly.

During this time, an insect called the boll weevil swept through the South, destroying cotton crops and leaving farmers devastated. George showed the farmers the benefits of crop rotation and planting legumes, such as peanuts, which replenish the soil with nitrogen.

Farmers heeded Carver’s advice but soon had more peanuts than the market wanted, as peanuts were primarily used as animal feed. George determined to find more uses for the peanut to increase the market for them. Carver is credited with discovering and/or popularizing hundreds of uses for the peanut, soybean, sweet potato, pecan, cowpea, wild plum, and okra revolutionizing the South’s economy.

A partial list of items derived from peanuts was compiled by the Carver Museum at Tuskegee:

In the summer of 1920, Carver spoke to the Young Men’s Christian Association of Blue Ridge, North Carolina: “Years ago I went into my laboratory and said, ‘Dear Mr. Creator, please tell me what the universe was made for?’ The Great Creator answered, ‘You want to know too much for that little mind of yours. Ask for something more your size, little man.’ Then I asked, ‘Please, Mr. Creator, tell me what man was made for.’ Again the Great Creator replied, ‘You are still asking too much. Cut down on the extent and improve the intent.’ So then I asked, ‘Please, Mr. Creator, will you tell me why the peanut was made?’ ‘That’s better, but even then it’s infinite. What do you want to know about the peanut?’ ‘Mr. Creator, can I make milk out of the peanut?’ ‘What kind of milk do you want? Good Jersey milk or just plain boarding house milk?’ ‘Good Jersey milk.’ And then the Great Creator taught me to take the peanut apart and put it together again. And out of the process have come forth all these products!”

On Nov. 19, 1924, Carver spoke to over 500 people at the Women’s Board of Domestic Missions: “God is going to reveal to us things He never revealed before if we put our hands in His. No books ever go into my laboratory. The thing I am to do and the way are revealed to me the moment I am inspired to create something new. Without God to draw aside the curtain, I would be helpless. Only alone can I draw close enough to God to discover His secrets.”

In 1928, Dr. Carver stated: “Human need is really a great spiritual vacuum which God seeks to fill … With one hand in the hand of a fellow man in need and the other in the hand of Christ, He could get across the vacuum. … Then the passage, ‘I can do all things through Christ which strengthens me,’ came to have real meaning.”

Though from a disadvantaged background, George did not let this pull him down into harboring self-pity and bitterness, or yielding to a hateful victimhood mentality.

On March 1, 1927, George W. Carver wrote to Jack Boyd, a YMCA official in Denver, Colorado: “My beloved friend, keep your hand in that of the Master, walk daily by His side, so that you may lead others into the realms of true happiness, where a religion of hate, (which poisons both body and soul) will be unknown, having in its place the ‘Golden Rule’ way, which is the ‘Jesus Way’ of life, will reign supreme. … Then, we can walk and talk with Jesus momentarily, because we will be attuned to His will and wishes. … God, my beloved friend is infinite the highest embodiment of love. We are finite, surrounded and often filled with hate. We can only understand the infinite as we loose the finite and take on the infinite.”

On July 10, 1924, George Washington Carver wrote to James Hardwick: “God cannot use you as He wishes until you come into the fullness of His Glory. Do not get alarmed, my friend, when doubts creep in. That is old Satan. Pray, pray, pray. Oh, my friend, I am praying that God will come in and rid you entirely of self so you can go out after souls right, or rather have souls seek the Christ in you. This is my prayer for you always.”

George Washington Carver addressed Congress and met with Presidents Teddy Roosevelt, Calvin Coolidge and Franklin Roosevelt. He was offered jobs by Henry Ford and Thomas Edison, and received correspondence from world leaders, including Gandhi and Stalin. He died Jan. 5, 1943. 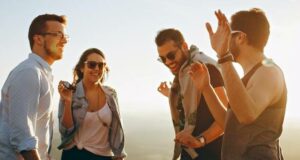