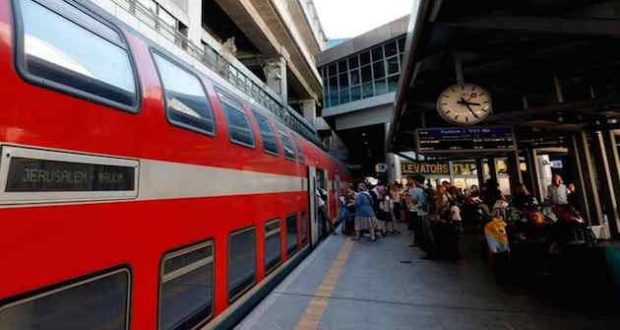 The train, which can travel up to 100 mph (160 kph), has cut the 35-mile (55-kilometer) trip from the airport to Jerusalem down from a travel time of up to an hour to about 20 minutes. Before the speed rail, passengers arriving after a long flight to Ben Gurion Airport mostly relied on taxis, shuttle buses and other vehicles to navigate the congested roads and peak traffic en route to the capital.

The train currently runs every half hour and takes about 20 minutes to reach the new Yitzhak Navon Station, located just outside the Central Bus Station in Jerusalem. The journey through much of Jerusalem is underground as not to destroy possible future sites of archaeological digs. The train station in the Holy City made history upon opening as one of the five deepest in the world. Upon exiting to street level, riders can easily catch the city’s new light rail to reach their hotels or historic sites.

This quick trip is a welcome and long-awaited change for travelers who will no longer have to haul their luggage out of the airport and into a taxi that takes up to an hour to reach Jerusalem. Ben Gurion passengers will now be able to hop on an escalator down to the station, catch a train within the next half hour and whoosh through the hills to Jerusalem in 20 minutes. 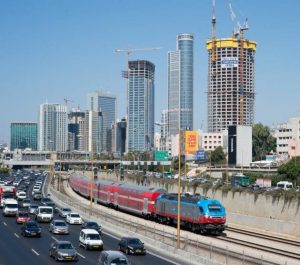 “It was like a dream come true…” a ground services employee at Ben Gurion told Ynetnews. “It’s really quite amazing and will be a valuable asset to people wanting to get to and from the airport.”

The trip includes stretches of tunnel for the most direct route, but passengers will be able to take in the terrain and enjoy scenic views of the Jerusalem hills from above as the train travels over lengths of bridges.

Like every other form of public transportation in Israel, the rail includes security measures to ensure safe travel that includes fencing and camera surveillance, The Times of Israel reported, as well as a security clearance requirement for each line worker to enter the site.

Prime Minister Benjamin Netanyahu took the inaugural ride with Transportation Minister Yisrael Katz and called the rail “a new era for Jerusalem and the State of Israel.”

Transportation Minister Katz said he wants to extend the railway into the Old City of Jerusalem and name the final stop for President Trump, according to The Times of Israel.