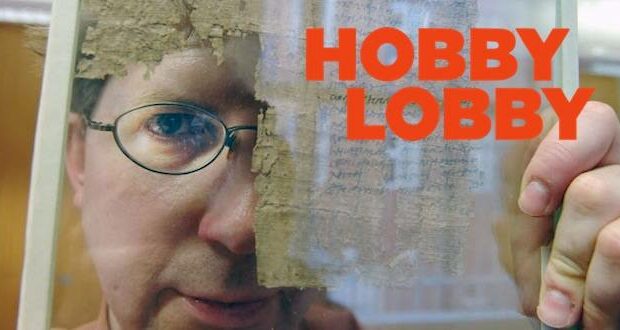 Professor Dirk Obbink has been accused of selling the rare artifacts to the Green Family. Photo: Telegraph Facebook.

Dirk Obbink, a 64-year-old professor of papyrology at Oxford, sold fragments of papyrus and ancient objects worth $7,095,100 in seven private sales between 2010 and 2013, according to the lawsuit, to Hobby Lobby, which is owned by the Green family.  The Museum of the Bible in Washington, D.C., which was founded in 2017 by the Green family, temporarily displayed the fragments, which belonged to the Oxyrhynchus collection in the Sackler Library.

The Oxyrhynchus Papyri is a group of manuscripts that were discovered during the late 19th and early 20th centuries at a spot where ancient inhabitants of the city of Oxyrhynchus dumped their garbage for more than 1,000 years. The collection includes more than 500,000 fragments of literary and documentary texts — written in Greek, ancient Egyptian, Coptic, Latin, Arabic, Hebrew and other languages — dating from the third century BC to the seventh century.

READ: Hobby Lobby returns items discovered to have been stolen by the seller

“Some of the fragments were stolen by Obbink from the Egyptian Exploration Society, the custodian of the largest collection of ancient papyri in the world,” Hobby Lobby claims in the lawsuit. The society said 11 of the 13 missing fragments were sold “without authorization” to Hobby Lobby and they ended up in a collection belonging to the Museum of the Bible. The stolen fragments included extracts from Genesis, Exodus, Deuteronomy, Psalms, Romans and I Corinthians,

Obbink was arrested last March and was later released under investigation.

“The allegations made against me that I have stolen, removed or sold items owned by the Egypt Exploration Society collection at the University of Oxford are entirely false,” he said. “I would never betray the trust of my colleagues and the values which I have sought to protect and uphold throughout my academic career in the way that has been alleged. I am aware that there are documents being used against me which I believe have been fabricated in a malicious attempt to harm my reputation and career.”