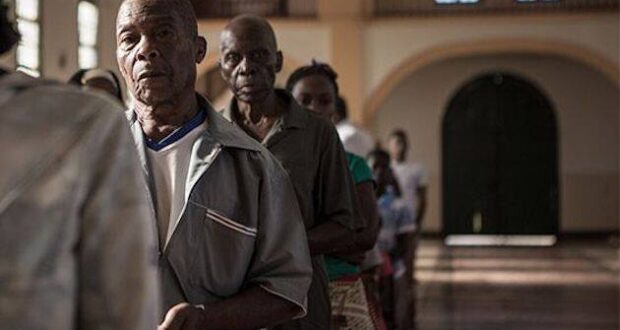 Christians worship at a church in Mozambique. The rise of Islamist fundamentalism in the northeast is a particular threat to Christians, who are targeted for their faith.

Islamic militants turned a village soccer field in northern Mozambique into an execution ground when they beheaded more than 50 people during three days of savage violence between Friday, November 6, and Sunday, November 8.

Villagers who tried to flee were caught and taken to the field in Muatide village, where they were decapitated and chopped to pieces in a series of ferocious attacks in Muslim-majority Cabo Delgado province.

Barnabas Aid’s contacts in the area report that anyone who refuses to support the jihadists and embrace their beliefs is attacked, and their property set on fire. Thus Christians who refuse to deny Christ are among the victims. The attacks are among the worst seen in recent years in the brutal campaign by militant Islamists to establish an Islamist caliphate in the oil and gas-rich Cabo Delgado province. Desperate people are flooding in to the Christian mission stations for protection.

READ: Why prayer is essential to missions

In an upsurge of violence in April, Islamic fundamentalists murdered at least 57 people and smashed their way into a church in Cabo Delgado. At least 52 people were massacred in Xitaxi village when they refused to join the Islamic terrorist group.

More than 2,000 people have been killed and about 430,000 left homeless in the region since 2017. The militant Islamist organization Ahlu Sunnah Wa-Jama, known locally as Al Shabaab (not the Somali-based group), is linked to Islamic State and has effectively gained control of an area of Cabo Delgado.

–From Barnabas Aid contacts and other sources