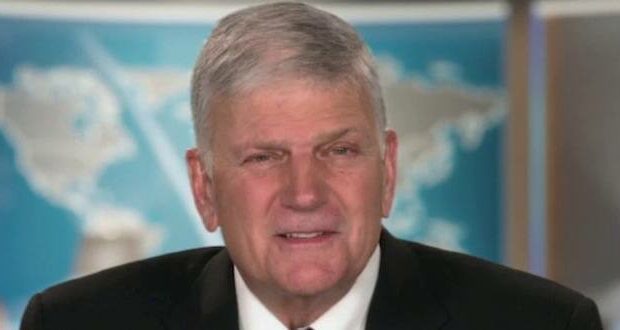 An online petition called “I’m With Franklin!” is gaining signatures to counter a left-wing group’s attack on Franklin Graham.  The philanthropist and preacher is President and CEO of the Billy Graham Evangelistic Association and Samaritan’s Purse which are being pressured to fire him from leadership roles.

The I’m With Franklin! open letter is located at encourages visitors to sign it in support of Graham. Those wishing to join the effort to support Graham can click here. 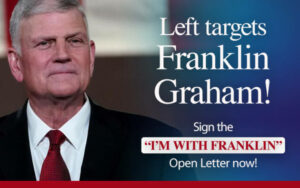 Faithful America—a group originally founded by the National Council of Churches and funded in the past by George Soros—is petitioning for Graham’s removal over an online post in which he said he tends to believe Donald Trump’s claim there was fraud in the 2020 election.

“This is just one more stunning display of the left’s bitter intolerance and its self-righteous determination to banish Biblically faithful voices from America’s public square,” said Frank Wright, Ph.D., CEO and President of DJKM.

Wright added: “Franklin Graham is an international evangelist and a renowned humanitarian whose organization, Samaritan’s Purse, delivers aid across the world to people in need. He is also an outspoken defender of Biblical moral values at a time when the left is determined to purge competing voices from American public life.

“That is why D. James Kennedy Ministries is collecting signatures on our I’m With Franklin! open letter for delivery to our friends at the Billy Graham Evangelistic Association and Samaritan’s Purse.

In an open letter “I’m With Franklin” states:

“We want him, as well as the boards of BGEA and Samaritan’s Purse to know that faithful believers in Jesus Christ love Franklin and stand with him.”

D. James Kennedy Ministries is a media ministry whose television programs, Truths That Transform and The Coral Ridge Hour, air nationwide. It actively communicates the Gospel of Jesus Christ, the supremacy of His Lordship, and a Biblically informed view of the world.