Home / News / Israel / In Israel, watch out for camels on the road! 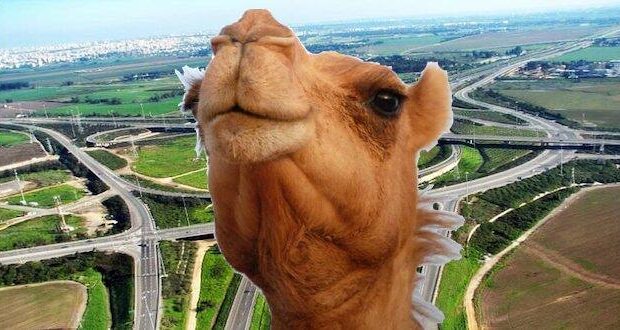 In the United States, motorists are familiar with signs warning about deer on the roadways, especially during hunting season. In Israel, it’s camels. Now, two entrepreneurs have found an ingenious way to protect drivers and the animals which are a common sight in the region.

Ayman El-Sayed and Yoav Ludmer have discovered solution to protect drivers from camels roaming the roads of Israel’s Negev desert region. Vehicle-camel collisions have been increasing with numerous people having been seriously injured or even having lost their lives.

Every camel currently carries an ID tag that identifies its owner in case the camel is lost or involved in an accident. El-Sayed and Ludmer, who teamed up at Startup Negev, a new tech accelerator catering to Israel’s Bedouin minority, created a system based on radio signals.

READ: Travel with Metro Voice to Israel in March 2021 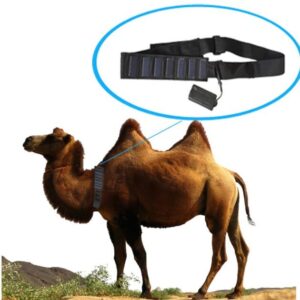 Every camel will receive a solar-powered collar that will transmit its location. As soon as the camel comes within 100 meters of a road or rail track, GPS users will receive an automatic notification, for example via the Waze application, allowing the driver to slow down and be ready for the hazard.  Waze is the Israeli app that is more popular than Apple or Google maps.

The project is about to enter the pilot stage during which an antenna will be set up at the entrance to Bedouin city Rahat capable of detecting transmissions from nine kilometers away.

“The goal of this initiative is to monitor wandering farm animals and prevent car accidents,” said El-Sayed. “We are here to protect the lives of the camels and of the drivers and raise the awareness of the different dangers that exist on the road.”

Ludmer is the CEO and founder of communications company SMBIT.

Startup Negev launched its first cohort of 25 entrepreneurs in February of this year. As part of the program, each participating project received a grant of between $8,700-$14,500.

Bedouins are members of formerly nomadic Muslim Arab tribes originating in North Africa and the Middle East. In Israel, most Bedouins live in townships and unrecognized villages in the country’s Negev desert region.  In the 1990s the Israeli government launched a major initiative to build free homes for Bedouins. The modern structures cost tens of millions of dollars and came complete with running water and electricity. The culture shock of the homes was difficult for the ancient people to get accustomed to. Most ended up keeping their livestock in the homes while families continued living without modern conveniences in traditional tents outside.

Bedouin people find it hard to get hired by local tech companies due to language and cultural barriers, a lack of the necessary network to land high-paying jobs, and the fact that many of them live outside of the country’s metropolitan centers, where most tech companies are located. They are, however, loyal to the Israeli system of democracy and their youth regularly join the Israel Defense Forces (IDF) where they receive technical training.

Previous: Patrick Mahomes’ mother credits faith for keeping her grounded
Next: Sweden battles for its streets as police beg for citizens to stand up to violence