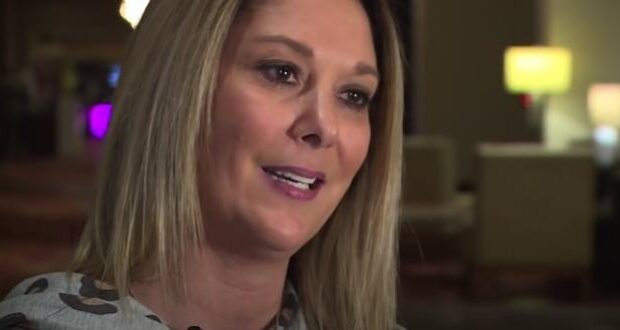 But during those turbulent, fast-paced years of professional baseball, she’d largely stopped going, until Pat’s baseball career whisked the family overseas for a stint in Japan, and some new friends invited her to join them for a Sunday service. During worship that Sunday, she experienced her first earthquake. It wasn’t the earthquake itself but the way the community reacted to her as a visitor that renewed her faith.

“Everyone knew I’d be nervous,” she told MSN Sports. “The preacher stopped preaching, and everyone looked at me and checked if I was OK.” 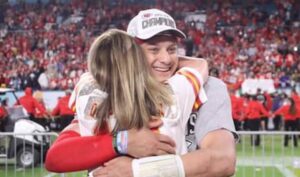 That kind of caring welcome had forged Randi’s childhood connection to church in Troup, Texas, the town where her churchgoing neighbors brought her to the weekly service and youth group. “I’d go with their family almost like I was another add-on kid,” she said.

Randi recently took her daughter, Mia, who is 9, to see her childhood church in Troup, about 20 miles southeast of their home in Tyler. The church building is now owned by a school, and seeing it again brought back strong memories for Randi.

“To me, it was a safe place,” she told her daughter. “We knew every corner of the church, we were there so much. It was like a second home. There are a lot of things I might change from my past, but that is something I would not change.”

Randi wanted her children to have that kind of spiritual home. When she and and major league pitcher Pat Mahomes divorced, she became a single full-time mother to their two young sons, Patrick Jr. and Jackson. To support her family, she took daytime and night shifts at the Hollytree Country Club in Tyler, starting as the receptionist before working her way up to a 15-year-career as events director.

As her children grew, work, school and sports kept Randi from being as present a mother as she wanted to be. But she prioritized church, trusting God to fill in the gaps that she couldn’t provide herself.

“I tried to make sure every Sunday we were at church,” she said. “If I can’t teach my kids, maybe they will hear something at church that will drive them in the right direction. I made sure God was our foundation.”

When Patrick was in middle school, Randi found a church near their home with a youth group; convenience mattered with her busy schedule. Patrick didn’t love it, and Randi resigned herself to forcing him to attend. When Patrick was invited by a school friend to join her youth group at a different church, he told his mother, “It’s kind of far from our house.”

It was worth the trip. One Sunday, Patrick’s youth group was invited to lead the worship service. Though not from a family of singers, according to Randi, Patrick was on the stage, singing with the group. “He had his hands up with his eyes closed,” Randi said, “and I remember thinking, ‘My job’s done, he knows God, and as a mother I can see it.’”

WATCH PATRICK MAHOMES ON HIS FAITH

Randi is back in the limelight now that Patrick is the star quarterback for the Kansas City Chiefs. He led his team to win Super Bowl LIV in February and signed a record 10-year contract extension in July. Parents of adult children know the challenge of carving out family time from busy lives. But how many know how that feels when your child is the face of the NFL?

“It’s all been a learning curve for us — how to be a family in this new reality,” Randi said. She recalled the moments earlier this year when the family was together for the contract signing, a priceless family gathering that Randi called “food for my soul.”

“I have been proud of him,” Randi said of how Patrick has handled himself as a public figure. “I think what I told him stuck with him. Thankfully, he’s very mature, very smart. Patrick’s out in this world, with the world at his fingertips. I remind him: God has gotten you here.”

Previous: Controversial author Jen Hatmaker files for divorce from husband of 27 years
Next: In Israel, watch out for camels on the road!