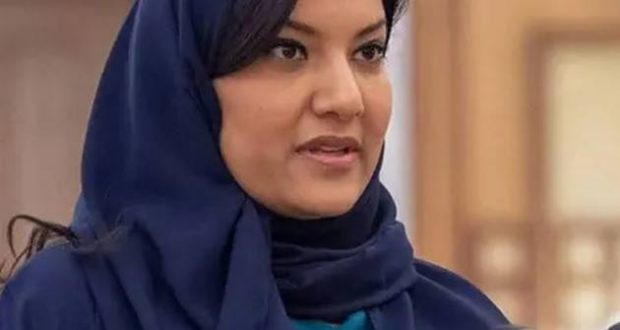 One of the most under-reported accomplishments of the Trump administration is the exhaustive work on behalf of improving relations between Israel and its Arab neighbors. Those efforts continue to produce fruit such as an unprecedented gesture this week as the Saudi Embassy in Washington publicly greeted the U.S. Jewish community on the occasion of Rosh Hashana, the Jewish New Year.

A greeting card, a copy of which was displayed on Twitter by NBC correspondent Josh Lederman who broke the story, is decorated with pictures of honey, apples, and pomegranates.

It also contains a message which says: “On this occasion of Rosh Hashana, Her Highness The Ambassador Reema Bandar Al Saud sends her wishes for a happy and sweet new year.” It concludes with the Hebrew greeting of “Shana Tova” (‘A Good Year’).

“This is a first,” tweeted Lederman. The current ambassador assumed her position in July. 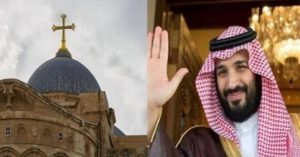 Saudi Arabia is also in the process of bringing out from the cover of darkness Christian churches, allowing them to operate publicly.

Although there are no official diplomatic relations between and Israel and Saudi Arabia, multiple reports indicate that the two countries covertly maintain ties at some level.

Both countries perceive Iran as a significant threat and collaborate in order to combat its expansionist threat. Last year, Saudi Arabia acquired its first Iron Dome anti-rocket system from Israel as part of a recent rapprochement between the two countries

According to a report by the U.K.-based Arab paper Al-Arabi Al-Jadid, the Saudi Arabian Crown Prince Mohammed bin Salman is encouraging the Arab world to resolve political differences with Israel and establish commercial ties with the Jewish State.

Saudi Prince al-Waleed bin Talal was quoted by the British Sunday Times newspaper as saying that “Saudi Arabia has reached a political maturity to constitute a durable alliance with the Jewish nation,” adding that he would “side with the Jewish nation and its democratic aspirations in case of outbreak of a Palestinian Intifada and I shall exert all my influence to break any ominous Arab initiatives” to condemn Israel.

“I deem the Arab-Israeli entente and future friendship necessary to impede the Iranian dangerous encroachment,” the prince added.

President Trump has designated his son-in-law Jared Kushner as the administration’s official envoy for peace between Israel and Saudi Arabia and the Kingdom’s gulf neighbors. The effort has resulted in new cooperation between Israel and many of its Muslim neighbors, both militarily in combatting Iran and Syria as well as economically.

Previous: Dwight and Anita Widaman to talk about Israel at October 12 event
Next: Man brings laughter to bedridden wife, filling in for maternity photo shoot