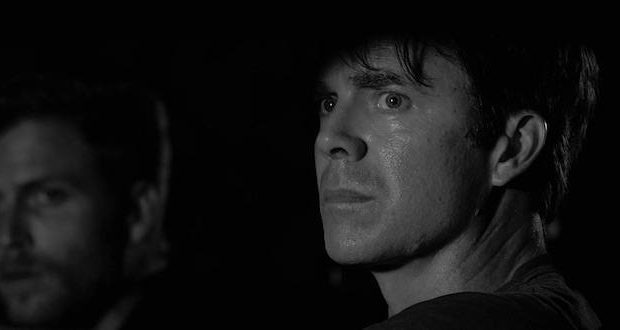 It’s a long way from Lake County to L.A., but Mark Saunders of Monteverde bridged that gap this past weekend when his film, “Open Borders,“ was recently screened at the Get Free Film Fest in Temple City, Los Angeles County.

Saunders is a writer, director, and producer. The film was shot in Montverde, in Lake Louisa State Park, in The Villages, and at a remote resort in the Paisley area. 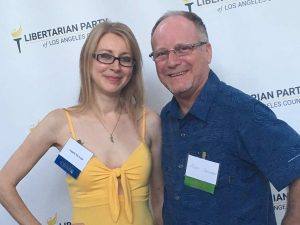 Get Free was billed as Los Angeles’ Premier Libertarian Film Festival, and the common thread among the entries was freedom.

In the feature-length “Open Borders,” the main characters seek personal freedom in a warped world. It is a dystopian near future where the country’s borders have been made wide open, the United States as we know it no longer exists, the country is now Scragland — Single Community Representing All Globalists — and life is not pretty.

“I’m for secure borders and I’m for legal immigration; Immigration that is done legally,” Saunders has said in the past. Speaking specifically of his movie, he says, “I’m very interested in politics and how it affects everyday life. I watched a lot of Bill O’Reilly and he would talk about the immigration and border issue, and I began to ask myself,  what if we did have open borders? What would that look like? And so I began to see America without borders and characters that lived in that world, in my imagination, and then I just built on and developed the story, and it turned into the ‘Open Borders’ Movie.”

On the surface, at least, there’s not a lot of common ground between Saunders’ view of open borders and the stereotypical Libertarian view of open borders, but festival-goers respected Saunders’ work enough to vote his work “best feature film.” This is the first year for the Get Free Film Fest. It was also Saunders first ever film festival win — not altogether surprising since “Open Borders” is also his first feature film. 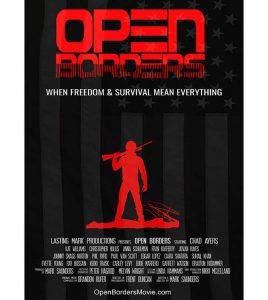 Festival organizer Angela McArdle is also the chair of the Libertarian Party of Los Angeles. Speaking of the film’s reception, she said “The film got a mixed reaction, but everyone was really gracious… We believe people should be free to move across borders, but we are opposed to a large welfare state. We are certainly sympathetic to the concerns he (Saunders) expressed.”

In “Open Borders”, Mark Saunders asks viewers to think. But the movie is also an action film with genuine entertainment value. The action comes as lead character Bronson (played by Chad Ayers) with sidekicks Missle and Jam (played by Kat Williams and Christopher Hollis) seek to reunite what’s left of Bronson’s family and find a safe home away from the “scrags.” Scrags are members of the dominant class in Scragland. And while it is uncontrolled immigration that leads to the creation of the hypothetical Scragland, there’s no escaping the visuals that most of the scrags are persons of color and the persecuted class are the “pales.”

So in his first feature-length film, Saunders has tackled the issues both of immigration and of race.”Who does that?” he asks.

Saunders has spent most of his adult life in the field of real estate investment, but before that, he studied film making in college and did make a few short films and commercials. A few years ago, after his father died, he re-ordered his priorities and returned to his film making roots. His first foray back into the field was as an associate producer in the award-winning 2016 short film, “On Your Street,” which focused on the problem of sex trafficking. Then he moved on to immigration.

“It’s very easy to talk about ideas,” Saunders says, “but what are the ramifications? When I started this idea, we would occasionally hear the words ‘open borders.’ Now we’re hearing it more and more. I wanted to make a film that would make people think. I’m interested in getting people to talk. I think people are smart enough to make up their own minds.”

Made in black and white, with a budget of about $50,000, it may or may not be coming to a theater near you, but it is available digitally. Saunders says he and his team are applying to various film festivals for possible screenings, and to a major movie chain for possible release in their Indie movie series. In the meantime, the easiest way to view or purchase the movie is through Amazon.