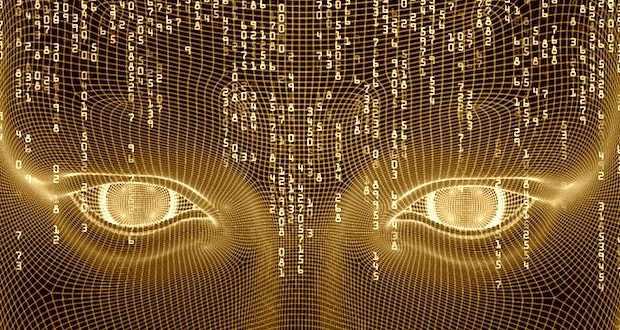 Is an artificial intelligence Antichrist possible?

There was a time when most of humanity could envision some occupations that would be replaced by machines, technology or artificial intelligence.

Working as a fashion model probably wasn’t one of them. But all that has changed.

Spark CGi is claiming it’s the first to have a 100% computer-generated female model sign with a major international agency. Freckled-faced 19-year-old “Daisy” has signed with Lipps LA, which represents models and celebrities like Cardi B, Charlie Puth, Courtney Love, Helena Christensen and Tyga, just to name a few.

If a model can be a figment of artificial intelligence and technology, why can’t the Antichrist?

As an Amazon Affiliate, Metro Voice is helped just by clicking a product link below. 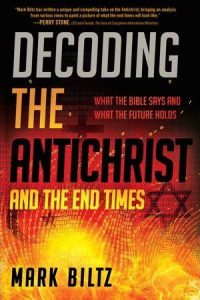 It’s entirely possible, says pastor and author Mark Biltz, who writes extensively about AI and the potential of a technology-driven Antichrist in his new book, “Decoding the Antichrist and the End Times: What the Bible Says and What the Future Holds.”

“In this age of artificial intelligence,” Biltz writes in “Decoding the Antichrist,” “some are wondering if the Antichrist might be some kind of super-intelligent hybrid human cyborg that will want to be worshipped. Top experts are warning us of the malicious use of AI. We are constantly bombarded with articles on the internet about how dictators could use autonomous killer drones with facial recognition to take out those who oppose them politically.”

For example, Biltz says, CNBC reported last year that an expert declared that “artificial intelligence could be ‘billions of times smarter’ than humans” and we might find it necessary in the future to “merge with computers to survive.”

“Likewise,” Biltz continued, “at the 2018 World Economic Forum in Davos, Switzerland, professor and best-selling author Yuval Noah Harari spoke about the near future. He basically said this generation is the last generation of homo sapiens, meaning that within the next hundred years there will be a different species as scientists will be able to create life, engineering bodies, brains and minds. Those who control the data will control all of human life.

“It’s not just about hacking data from computers or from your electronics anymore but the ability to hack human beings themselves by using biometric data hacked right from your body and brain,” he added. “The computing power along with algorithms and biological research will be available, so they will know you even more than you know yourself.”

But the most important element to keep in mind, Biltz said, is not to try to figure out who the Antichrist is or what form it might take, but to know how the Antichrist operates and what its goals are.

“The Antichrist spirit is one of lawlessness—not just regarding the laws of the world, as many of their laws are lawless; the Antichrist is opposed to God’s laws!” Biltz said. “If we treat God’s laws as being done away with or to be disregarded and thrown into the trash bin of history, we are in big trouble. And I believe we are truly entering the final chapter on this world’s stage, and the curtain will soon be coming down or rolled away. I am not claiming to know how many pages are left in God’s script, but those who have eyes to see and ears to hear what the Spirit of God is saying know it is time to start packing your bags, spiritually speaking.”

Biltz is also the author of several popular books including “Blood Moons” and “God’s Day Timer.” His research and theories have led to guest appearances on both radio and television as well as being featured on the covers of magazines.

You can purchase Decoding the Antichrist and the End Times on Amazon or your nearest Christian bookstore.