Home / News / National / Is gun violence linked to absence of dads in homes? 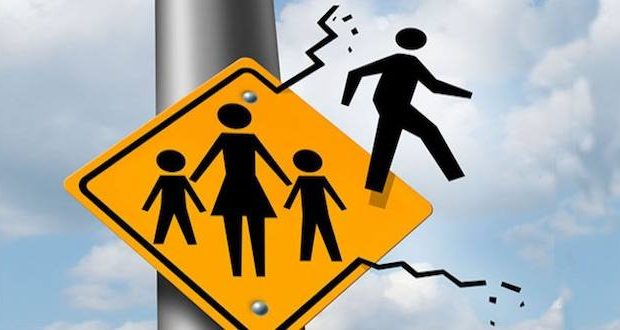 Is gun violence linked to absence of dads in homes?

As the nation continues to reel from multiple instances of gun violence, family organizations, politicians, public safety officials and others are questioning the media narrative that only guns cause violence.

“What about the destruction of the family,” many are asking.

President Donald Trump flew to Dayton, Ohio, on Aug. 8 to meet with the victims of last weekend’s mass shooting. But before taking off, he described a “great appetite” for solving the underlying issues while also looking at how “mentally unstable” individuals obtain firearms. The president said he expects a bipartisan effort to keep firearms out of the hands of those individuals.

But as for mental health, the Family Research Council (FRC) said there is a problem in America, and it begins in the family. One common factor among most perpetrators of gun violence – they come from single parent homes with the father absent from their lives.

“The fact that we have an epidemic of absentee fathers in the home and that we have a disintegrating family structure in America, which is brought about by a variety of things, is a major issue and a major cause for what we see happening in these mass shootings,” said Ret. Lt. Gen. William G. Boykin, Vice President of the FRC, in an interview with us.

That’s something that former President Barack Obama agreed with, stating in 2013, “There’s no more important ingredient for success, nothing that would be more important for us reducing violence than strong, stable families, which means we should do more to promote marriage and encourage fatherhood.”

According to the Pew Research Center, “one-in-five children (21 percent) are living with a solo mother, up from 12 percent in 1968.”

A total of 32 percent are cared for by a single parent.

“Well, if there are absentee fathers, then who’s mentoring these sons and daughters?” Boykin asked. “Who’s encouraging them? Who is establishing values in them? Well, in many cases, that is replaced by the internet.”

The FBI definition of an “active shooter” is an “individual engaged in killing or attempting to kill people in a populated area,” according to the agency’s page. The two shooters in Daytona and Ohio would fall under this category.

Psychologist Peter Langman, a well-known expert on school shooters, compiled a list of 56 school shooters—many of who would fit the active shooter definition—and found that 82 percent grew up in dysfunctional families. Langman describes dysfunctional as denoting broken homes, drug abuse, parental absence, and divorce—among other things.

According to the National Fatherhood Initiative, children living in father-absent homes have a four-times greater risk of poverty, are two-times more likely to drop out of high school, and are more likely to end up committing a crime and ending up in prison. The organization calls this the “father factor,” which it states is connected to nearly “all of the societal ills facing America today.”

“And it is the whole idea that we have a generation of young people that have no mentors, that have no one to instruct and encourage them, to help them on this path to manhood or womanhood,” Boyken said.

Previous: Christian Education Summit to take up where Sunday School left off
Next: US reaches agreement with Turkey to protect Christians