Home / News / US reaches agreement with Turkey to protect Christians 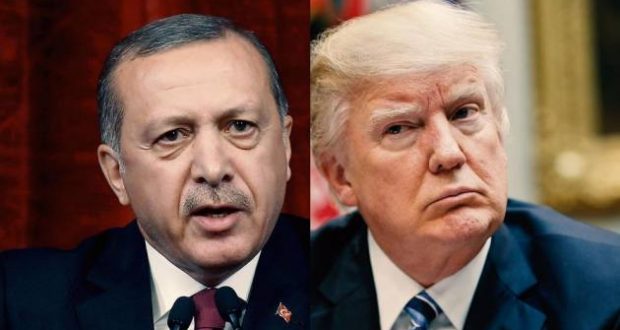 US reaches agreement with Turkey to protect Christians

US negotiators have successfully pressured Turkey into respecting a safe zone for Syrian Christians and other religious and ethnic minorities in Northern Syria.

After weeks of concern over a potential Turkish invasion against a new Syrian democracy, US negotiators reached the agreement Thursday. It creates a zone running along the border between Turkey and the new government in northeast Syria which is harboring religious minorities.

This move directly affects an American ally and thousands of Christians in the region.

According to the agreement, the US and Turkey will:

Negotiations took place under the shadow of invasion threats by Erdogan into this region.

Erdogan’s threats center on a new democracy called “SANES” or the Self Administration of Northeast Syria. For years, the group served as chief ally of the US against ISIS.
“What we have in the northeast of Syria is a political system that has provided peace for this region in Syria.  And that has provided a vision for the region,” Syriac National Council President Bassam Ishak told CBN News.

Syrian leaders like Ishak worry this agreement threatens their new democracy.  For example, the part that says, “every effort shall be made so that displaced Syrians can return to their country.”  He fears they will be Islamist groups who have been Erdogan’s allies.

“Basically, it’s gangs, who were mostly members of ISIS or members of Nusra so it’s basically defeating ISIS in one place and then bringing them under a re-brand name.  It will be a total surrender by the US to the pressure of Turkey and to the ruling party of Turkey which is an extremist, Islamist party.”

Syrian Christian groups reached out to US Christian leaders to intervene on their behalf with President Donald Trump.  Many believe one hundred years after the Armenian genocide, the 100,000 Christians in the region are once again at risk.

“From the perspective of the Christians who live in northeast Syria, the old bully is following them into where they came to safety under the pretext of a safe zone,” said Ishak.
–Metro Voice and wire services

Previous: Is gun violence linked to absence of dads in homes?
Next: UN wrongly targets Israel on women’s rights while ignoring real abusers