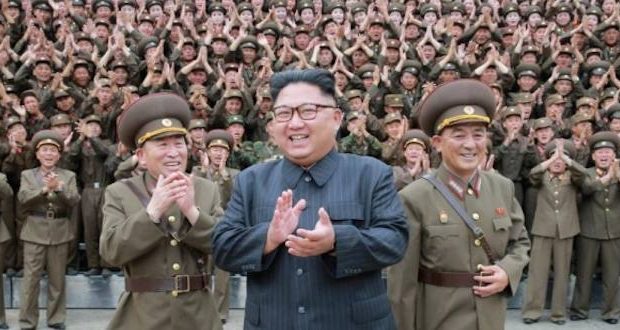 Open Doors USA has explored the reasons why North Korean leader Kim Jong Un remains “afraid” of Christianity. Their findings go to the heart of people’s beliefs about Jesus.

Sunday, November 4 is the annual day set aside for believers to intervene in prayer for oppressed Christians worldwide.

The organization recently launched new resources online detailing the human rights violations of the North Korea regime, which is infamously ranked as the world’s most dangerous place to be a Christian.

But why is Kim Jon Un afraid of Christians and Jesus?

“It’s likely because people who are following Jesus and who are committed to one another mean there are people he can’t control, and who follow a greater King. It means there are people who practice radical love for each other and for Jesus — who won’t so easily follow him and the lies of his regime,” Open Doors USA suggested.

“This is why Christians continue to be seen as ‘dangerous’ and are also part of the hostile class, according to the country’s social system called songbun. What this means is that anyone who is known to be a follower of Jesus is immediately assumed to be a hostile political figure.”

The organization, which lists North Korea as the No.1 worst persecutor of Christians around the world, noted that Christianity “directly challenges the notion of any Supreme Leader and the idea that there is any master outside of Jesus Christ. Additionally, Christianity offers a new way and identity for people in North Korea. Both aspects of faith are direct threats to the ruling family of North Korea.”

Kim has reportedly made the unprecedented move of inviting Roman Cathoic leader Pope Francis to visit him in Pyongyang, with reports indicating that the pontiff is considering agreeing to the meeting.

Kim, who earlier this year met U.S. President Donald Trump in another historic and unprecedented meeting, has been criticized by Trump and the United Nations for human rights abuses in the country’s labor camps. It was reported that Trump brought up the camps and the plight Christians in his private meetings with the dictator–the first U.S. president ever to make it an issue.

Kim continues making moves to meet major world leaders, though the consequences of that for the suffering minorities in his country, including close to 300,000 Christians, are yet unclear.

Back in May, the congressionally-mandated 2017 International Religious Freedom report by the U.S. found that there are between 80,000 to 120,000 people trapped in North Korea camps, many imprisoned for their faith.

“The government continued to deal harshly with those who engaged in almost any religious practices through executions, torture, beatings, and arrests,” the report stated.

“An estimated 80,000 to 120,000 political prisoners, some imprisoned for religious reasons, were believed to be held in the political prison camp system in remote areas under horrific conditions.

“Religious and human rights groups outside the country continued to provide numerous reports that members of underground churches were arrested, beaten, tortured, and killed because of their religious beliefs.”

Christian defectors have spoken of torture they have suffered at the hands of the North Korean regime. Believers are often thrown in prison or even executed if they are found with a Bible.

Amid the uncertainty for believers, Open Doors urged people to pray.

“Please continue to join your brothers and sisters in North Korea in prayer. Pray for their strength in the face of a regime that views their faith as a special threat. Pray for God’s grace in every situation. And pray for a change in the hearts of the regime, that they would see the love of Jesus as the road to truth and peace,” the group stated.

Christain leaders remain hopeful that the meeting with President Trump and continued negotiations over the denuclearization of the North will result in an opening up of the society. That thaw could lead to the release of Christians and others from prison.

For President Trump, who has spoken out on behalf of persecuted Christians around the world, that accomplishment would prove as historic as any nuclear agreement.

Previous: For Steven Curtis Chapman, it’s personal
Next: Something amazing is happening in Iran