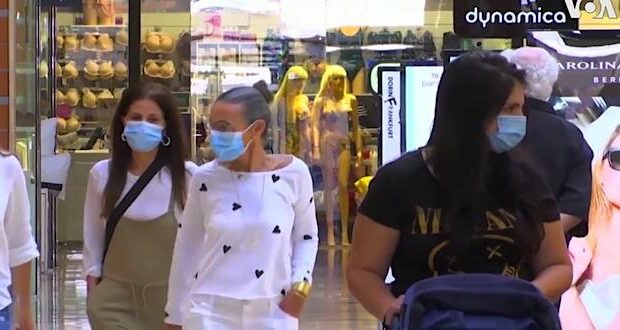 Israel will end its mandatory closure of businesses and synagogues each weekend after a study found it had no impact on curbing the spread of Covid-19.

The Times of Israel reports Health Minister Yuli Edelstein said the government would end the mandatory closure of malls and shops on weekends.  The closures are unpopular with the public, especially in beach communities. As in California, the closure of beaches had been criticized because the decisions were made without medical proof it would be effective.

“There’s no such thing as a half-pregnancy,” he said during a visit to Wolfson Medical Center in Holon. “There’s no need for this, there’s no proof this helps anyone. In my opinion, aside from bothering the public it doesn’t achieve anything.”

Edelstein pledged that the government would work to create standard restrictions on various activities and sectors of the economy “as much as possible.”  Unlike the U.S., which has hundreds, if not thousands of different restrictions in place by different state and local governments, Israel’s constitution allows it to issue regulations from its federal government.

Ministers last week had been expected to lift the closure order, which was part of a series of weekend lockdown measures approved by the cabinet in July, but did not do so. Many of the restrictions approved in July, such as barring Israelis from visiting beaches over the weekend and prohibiting eateries from serving patrons on site, had already been reversed by the Knesset’s Coronavirus Committee despite government opposition. The weekend lockdowns have prompted protests against the government.

VIDEO: How Middle East economies are affected by Covid

Israel, which has far fewer nurses and medical facilities per capita than the U.S., is feeling the strain of cases on its health system. Nurses and doctors are asking for help.

Edelstein appeared to address some of this criticism on Tuesday, saying the Health Ministry would begin informing hospitals and health maintenance organizations of how many new doctors and nurses they would each receive.