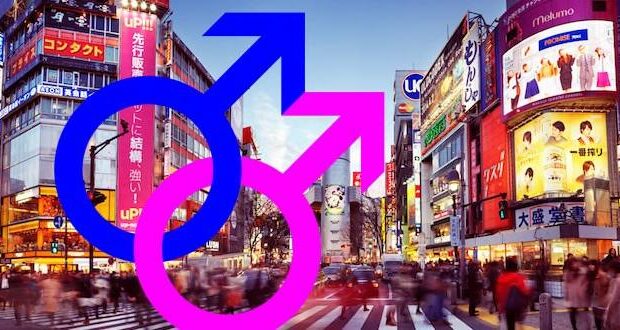 A Japanese court has upheld a ban on same-sex marriage by dismissing a lawsuit that argued it was unconstitutional.

Three same-sex couples in their 30s and 50s sued in the Osaka District Court arguing a law prohibiting them from marrying was “unjust discrimination” and sought 1 million yen ($7,400) in damages for each person.

The court rejected their claims and ruled the ban was constitutional, given Japan’s legislation that states that “marriage shall be based only on the mutual consent of both sexes,” which excludes same-sex marriage.

The three couples, two of them male and one female, plan to appeal the court’s decision, Kyodo News reported.

“It is such a disappointment. I’m not convinced [by the court’s verdict] at all,” said Machi Sakata, one of the plaintiffs.

Their lawyers claimed that the Osaka court provided no solid grounds to overturn the Sapporo court’s verdict from last year, which ruled that the ban on same-sex marriage violated the Japanese Constitution’s guarantee of equality.

In March 2021, the three same-sex couples filed a lawsuit in the Sapporo District Court and demanded 1 million yen in damages per person. The court ruled in favor of their claims but said they were not entitled to damages.

Amnesty International issued a statement calling on Japan’s government “to undertake a thorough review of all laws, policies, and practices that discriminate against same-sex couples in all walks of life.”

However, a Justice Ministry official told Kyodo News, “The court recognized our claims that provisions in the civil law regarding marriage are not against the Constitution.”

Japan has resisted pressure and even intimidation by western nations as it remains the lone holdout in the Group of Seven (G7) industrial powerhouse countries not to approve same-sex marriage. Some parts of the country issue “partnership certificates” that grant some rights to same-sex couples, such as allowing them to rent properties together and have hospital visitation rights.

According to the Human Rights Campaign, a total of 31 countries have legalized same-sex marriage. Most countries outside of Europe and North America continue to only recognize marriage as a union between a man and woman. That includes India, Indonesia, China, Thailand and other South or East Asian nations.