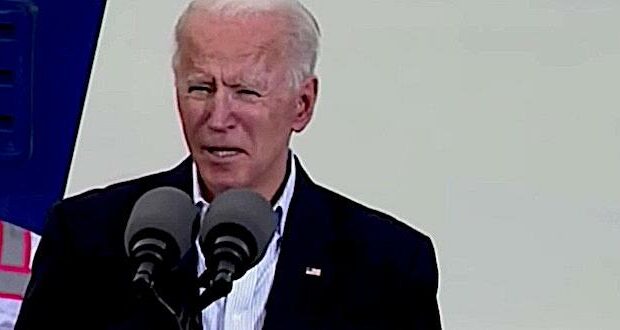 Catholics are divided in their response to President Joe Biden touting his loyalty to the church while enacting a radical agenda on abortion, religious freedom, and other issues.

Unlike President John F. Kennedy, Biden’s faith is celebrated by many news outlets who are praising his “personal devotion” and his liberal views on abortion. “They saw an opportunity to laud Joe Biden for his Catholicism, a Catholicism they tend to agree with,” said Matthew Bunson, senior contributor for the EWTN cable network.

That positive response from the media stands in stark contrast to the outcry over the beliefs of confirmed Supreme Court Justice Amy Coney Barrett, a pro-life Catholic. This different standard infuriates many members of the clergy.

“You see a clear bias,” said Deacon Keith Fournier, a constitutional lawyer, theologian and dean of Online Catholic School. “She was being lambasted by much of the media because of her deep devotion to Christian faith. Along comes President Joe Biden. I pray for him every day as we should pray for elected officials, but he is not a faithful Catholic Christian,”

Since taking office, Biden is targeting rules that protect the unborn, including the Mexico City Policy prohibiting taxpayer funds for abortions abroad, which he previously opposed. He also has changed his position on the Hyde Amendment blocking federal funding for abortion services. In the 1980s, Biden voted in favor of a constitutional amendment to allow states to overturn Roe v. Wade. In the 1990s, he voted against federal funds for abortion at least 50 times.

In addition, Biden has filled his cabinet with Catholics who don’t uphold the sanctity of life. In fact, most have worked to greatly expand abortion in their previous political positions or activist roles. The appointments have not gone unnoticed by Catholic media or the pro-life community while being downplayed by national secular media.

“The Catholic members of the Biden cabinet seem to have distinguished themselves by their distance from the Church’s settled teaching on the inalienable dignity and value of every human life from conception until natural death,” Catholic commentator George Weigel told the Catholic Register. Weigel also said the appointments will create challenges related to religious freedom and the conscience rights of health-care workers.

Fournier agrees that things are coming to a clash, brought on by a full-steam-ahead agenda. “I think there’s an agenda,” Fournier said. “Who is behind it? I do not want to speculate anymore on that. I am worried.”

So is Kansas City Archbishop Joseph Naumann, chairman of the U.S. Conference of Catholic Bishops, who fears Biden is using his new title and office to confuse the faithful.

“We’ve had other presidents that didn’t support our view on the sanctity of human life, but now we have one who professes to be a Catholic, yet he’s going against a core fundamental moral teaching of the church,” he said.” Americans have given him a lot of power and authority. One power he doesn’t have is to define what is means to be Catholic.”

Leaders within the Catholic church have been joined by others decrying the number of Christians who support the killing of unborn life.

Gary Hamrick, pastor of Cornerstone Chapel in Leesburg, Va.,  says this is a wake-up call for believers worshipping in all denominations.

“The sad trend is selective Christianity. The pulpits have been silent and therefore the people have not been properly equipped to recognize that it’s not only right to stand up for things that are right and true, but necessary for the preservation of a society If Christians don’t stand up for what is morally right and true who will?” stated Hamrick.

Many say the Biden administration will continue to polarize and push Christians to the edges of society where they have no voice–aliens in a strange land, as the Bible states.

“How do we live as citizens, but also recognize that, our hearts captured by Christ, we are also aliens?” said Father Dailey, a fellow at Notre Dame’s de Nicola Center for Ethics and Culture.